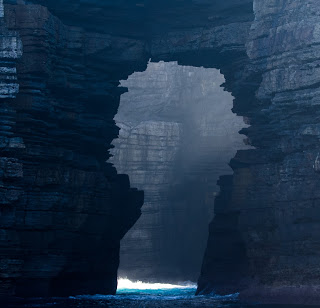 In seeking Happiness, Imagination has snuck back instead. By the Gods! Leave the way you came, and slam the doors shut behind you, for I do not want you... But who am I kidding. You come and go according to your own rules. How can I be angry with you? Just Go.

Beside Marcus Aurelius Antoninus lies his wife of all these decades, Faustina, dead.

After a bout of illness that almost killed him, the ruler of the world is exhausted. To himself alone he thinks, "I will not quibble about sunsights* and suneclipes* and the dolphins. And the sand and the smell of the sea, and the touch of her hand and the glint in her eye, and the roll of the surf and the rise of the tide. And the touch of the sun. Never again."

Many of us know of the emperor-philosopher Aurelius through the opening scenes of the film Gladiator, an imaginary piece built on the lies and half baked research of Roman biographers. But under the skewed false histories is a different story of a gentle thoughtful man, co-Emperor in a long partnership with a woman of great intellect.

Imagination is usually contrasted with reality. Near ‘power’ the world warps slightly under the weight of flattery and selective vision. Perversely, against such risk, imagination is our only defense. Sometimes you need imagination to see the world as it is rather than as those around you wish you to see it.

Leaving aside the death of his wife, we may delight in the inability of the ruler of the world to lock the door against imagination.