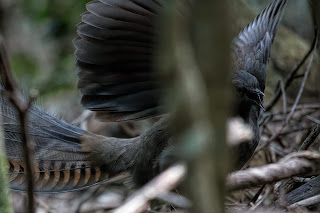 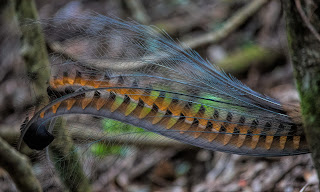 In the giant boulders of the Cooroobun, flanking Mount Lowden, Lyrebirds build their ramshackle nests. They forage in the wet eastern drops along the range, creating amazing sound stages in which a single bird can mimic dozens of others. Sound Stage from a couple of days ago (the bird calls here came from a single lyrebird).

Here, the tops of the range are uniquely capped by pink granite (colored by potassium feldspar) in the form of dense collections of scree and boulders that rise high into the air. 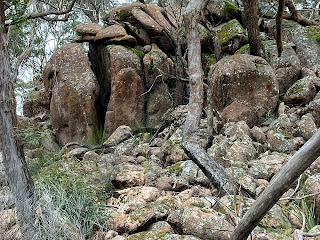 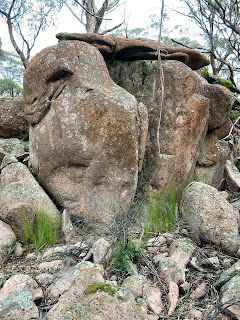 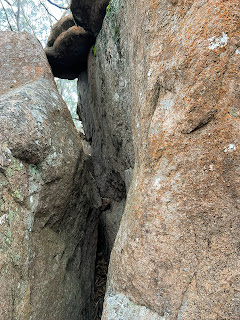 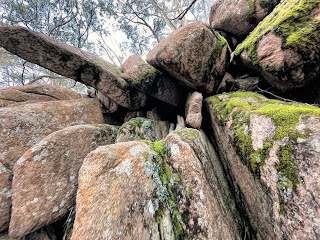 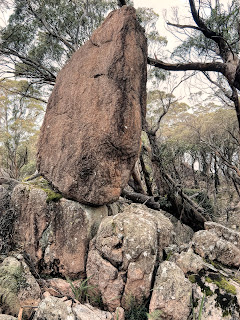 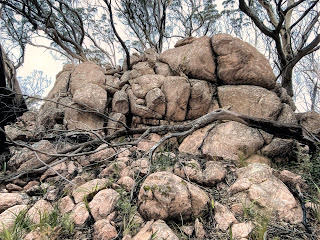 A number of collections of high exposed rocks (Talus) string along the eastern escarpment of Black Range in the Talaganda Wilderness: Major, Minor, Palerang, Lowden. Dozens of unnamed peaks rise along the range. This line of boulder collections (which colonials referred to by a number of names reflecting their home origin: tor, talus, geodes, monoliths, crag, stone ridge, outcrops, scarp, schist, gneiss and gabbro) mark a dramatic change between dry western and wet eastern sclerophyll forest and host a number of high bogs, that charge the creeks that run from this rich catchment.

The trail trace can be found on Gaia which will let you follow the path we took. You can skip the side trips down to the creek if you are stretched for time or want to avoid snakes. On the eastern escarpment listen out for the lyrebirds, but also watch for signs of feral pigs and walk loudly.