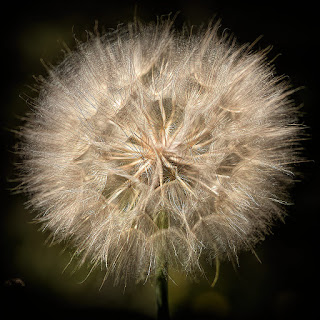 Dawn looked straight at the doctor, “He is not dead.”

They were sitting in a room looking out onto the bay. The room was sparsely furnished, dimly lit with an older but comfortable set of chairs, a stark contrast to the smaller boathouse, just visible on the water’s edge.

Mary shook her head and explained, “Chas, Dawn’s husband, disappeared in a flying accident at the beginning of the year.”

The Doctor interrupted, “‘Chas’ is a nickname, right?:

Dawn looked at the Doctor and said, “A while back, in the airforce, he had a code name, ‘Cannonball.’ His friends shortened it to ‘Chas.’”

Mary raced ahead, “Chas flew a charter flight in inclement weather. It ended with the plane lost and Chas and a passenger missing. Part of a wing washed up a couple of days later. I am sorry Dawn, I know you and David do not want to believe it, but...”

The doctor improvised, nodding, “I read the reports at the time. A tragedy. You must miss him a great deal.”

Mary had approved of the doctor the moment she had seen her. Older, but wearing a dress straight out of Europe, and willing to listen to her. The doctor’s unexpected appearance also avoided the possibility of sitting with Dawn to watch President Beasley talking about the new austerity package.

“It has been a disaster.” Mary continued, “We are at our wit’s end. The insurance company will not pay on the life insurance policy until there is a finding of death.”

“I don’t care about the money.” Dawn murmured, “I just want him back.”

“Well.” The doctor paused for a moment, “This might be a bit painful, but anything you can tell me about this might help with David’s treatment.”

Dawn asked, “He took Chas’s disappearance very hard. When can we see him?”

Mary chimed in as well, “David is my husband, and I want to see him now.”

The doctor said, “The police found him earlier this evening. He has had a breakdown and has some injuries. We have him in care. I must tell you that, when I saw him, he had a lot of trouble talking and moving. I would like you to see him as soon as possible, but that will not happen immediately.”

Mary said, “He needs some sense knocked into him. If my brothers were here...”

The doctor smiled at Mary and said, “Yes, I will keep that in mind. But for now, Dawn, tell me about your husband.”

Dawn said, “Chas just disappeared. It was going to be an ordinary charter. He had lost touch with his old naval buddies then, early this year; a bloke called Catalyst came out of nowhere. He probably had a real name, but I do not think they used it. They had worked together at Woomera and had a lot to catch up about.”

Dawn said, “No, David works shifts in Wollongong. He is an engineer with Ansett. Has a flat near the airfield and only comes home on his days off.”

The doctor asked, “Mary, did you meet Catalyst?”

Dawn and Mary exchanged looks. Dawn said, “Tell her. The doctor needs to know this Mary.”

Mary said, “David and I were having problems. I moved back to my parent’s place last year. I have been helping Dawn since Chas disappeared.”

The doctor said, “I see. So the relationship could have been something else he was upset about?”

Mary said, “We were trying to get back together. He was fine until a couple of days ago.”

The doctor asked, “What happened then?”

Mary said, “I started to move my stuff back into David’s place. We argued.”

The doctor said, “I am sure that everything will get back to normal. Probably sooner than you think.”

Mary said defensively, “It is my home as well. I have a right to have my stuff there.”

The doctor put her hands into the air and comforted, “Everything will work out. I am sorry, but the police have sealed the place off for the next week or so. Nothing serious, just reporting on his injuries. Is there a place you can stay in the meantime?”

The doctor said, “This has been a hard day for you Mary, and I still need to ask Dawn a couple more questions. How about you go back home and rest? I will be in touch with you.”

It took a bit to lever Mary out of the house, but eventually, she left armed with the name of the shop in Bowral the doctor bought her clothes.

Dawn fixed them some tea, and when they were sitting down turned to the doctor, “You are not a local physician, are you?”

“Is it that obvious, Dawn?” The doctor smiled, “I am working with Defense, stationed in Canberra.” Switching topic quickly, the doctor became more serious, “There is more to this than meets the eye.”

Dawn said, “I knew it! Do you know where Chas is? Please, what can I do to help?”

The doctor settled back, sizing up the older woman. She was quiet and alert but must know more than she was letting on. She continued in a more serious tone, “Well, of course, our first concern is David, but he will be ok, if...”

“He will be fine, once I untie some of his 'knots.' I think Mary has just rattled him. Leave him to me; he is the easy part of all of this. Dawn, I believe your husband is still alive. You will have to be completely honest with me. Can I rely on you? “

“Ok, let’s put our cards on the table. We know your husband worked with the Temporal Research Facility at Woomera.”

Dawn returned her stare, evenly, and said, “He worked with a couple of organizations. But I remember that name. He was looking for his old kit bag from there before he left on the last flight.”

“Tell me what you remember. We might be able to put some of the pieces together.”

The doctor paused, the one question she had not prepared for, “Accident. The hospital knew I was in town and gave me a call. But it was just a matter of time before I came to see you.”

“Before David was born, Chas used to be in the Navy. Before we met, he flew seaplanes during the Vietnam War. When Chas came back, he started up a charter company. But he went back to the Navy a couple of times as a consultant. He wouldn’t talk about them, but I think it was out in the deserts when they were testing the atomic weapons and the rockets. During that time he was involved with a Temporal something. I remember because there was an inquiry when it closed. Nothing about him personally. I worried terribly about him, but he survived it and all the others. He came back when David was born. The business struggled on, we almost lost it during the recession, and the ‘95 war put everything on hold. I would not let him get involved, but it was over so fast anyway.”

“Can you remember anything about the temporal facility? Anything at all?”

“The Navy let him fly his plane to the station; I think it was near Woomera. He and I met around that time. He joked about a floatplane moored on a dry salt lake, a lagoon. The inquiry after the facility closed was secret, but Chas said it was something about the facility triggering the launch of a missile. The inquiry never became public although everyone knows about the missile. No one could cover up a nuclear bomb nearly hitting Perth.”

The doctor shook her head in sympathy, and Dawn continued, “The government commissioned an inquiry, which dragged on for ages. Chas was cleared of course, although his boss took a fall. Twelve months later, when the scramjet went the same way, the Whitlam government quietly buried the whole thing.”

Dawn shook her head, “Nothing until Catalyst showed up. He was kind enough, but they did not talk while I was around. Although, I did hear Chas refer to him once as Catalyst. They had funny names for themselves. They surely don’t do that anymore, do they? You don’t have one of those code names?”

Dawn gave a disapproving grimace, “They went on a couple of flights together. Then, in January, they left and didn’t come back.”

Dawn shook her head, visibly upset, “The Navy would not listen to me. They would not help find him. They sent bereavement people instead.”

The doctor says, “Defense had nothing to go on at the time. I think Chas and Catalyst have gone somewhere together. Did he take the kit bag?”

“No. Chas was annoyed with me because I cleaned it up. I didn’t want stuff like that in the house. I found it later, though.”

“Have you shown it to anyone?”

“Do you still have it? It might give us a clue.”

Dawn left and brought back the old backpack. The Doctor said, “I will get my team to look at this carefully overnight and return it to you. If he and Catalyst went off somewhere together, it might give us an idea of where they went.”

“Too soon to make guesses.”

“David will be okay. If he is up to it, I will bring him up for breakfast tomorrow, and you can talk. But, while he is resting, I need you to keep Mary off his back. Maybe for a week or so.”

“Chas told me that someone like you might come one day, to help. He asked me to trust you, so I will. We can tell her David has gone with you to the Naval care unit in Sydney.”

“All right, I should let you get some sleep. I was dropped off at the entrance, can I borrow a torch?”

Dawn offered to drive her, but the doctor declined.