Love #30: All Good Things must come to an End 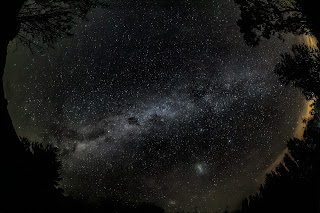 "But at the laste, as every thing hath ende, She took hir leve, and nedes wolde wende." (Chaucer)

Chaucer is credited with coining the phrase "All good things must come to an end" and, almost a thousand years later, it continues to resonate through our language of love. In recent times, Nelly Furtado, the singer, asked: "Why do all good things come to an end? / Flames to dust / Lovers to friends". The phrase contrasts the heights of the emotion with disappointing/terrifying alternatives. And then she drives the loss home with the much more dire and inexplicable: "...The dogs were whistling a new tune / Barking at the new moon / Hoping it would come soon so that they could / Die..."

The story that propelled the saying into the language of love is Chaucer's retelling of the story of a story of uncertain origin about a lesser known Prince of Troy and one of its widows.

It is a time of War and Love and Spring. In times of War it is never certain who is your beloved and who is your enemy. And the bards that retell stories drawn from the fog of War can no more be trusted than the desires of their audiences and the entertainment we seek. (A bit like perfidious punctuation: should i capitalize War or not.)

The youngest Prince of Troy, the charioteer Troilus publicly mocks the idea of love to his soldiers, warning them that love causes as much grief in winning and keeping as it gives in pleasure. In revenge, the God of Love causes Troilus to fall in love, proving that the God's bow was as keen in War as it is in Peace.

The widow Cressida is already in peril as her father had defected to the Greeks. She attends the Spring time feast dressed in the black mourning garb of the Trojans, for the Feast of the Palladion of Troy (the Palladion is a statute of sorts given the city to keep Troy invulnerable).

Troilus sees Cressida and the God's love curse takes effect. This suits Cressida, and she seduces him (or he seduces her). However, their plans are undone when she is sent to the Greek camp as part of a trade of prisoners (the Greeks cynically assuming that the loss would put Troilus off his game).

As they part, the lovers swear eternal love. Troilus' friend complains, “wherever I go today, it seems to me I hear everywhere sorrow, torments, weeping, anguish, and loud woes, sighs, pain, and bitter lamentation. (Il Filostrato)

Driven to rage by his love loss, the next day, before the Trojan Hector is killed, Troilus kills many of the Greeks invaders on the battlefield. Meanwhile, in the Greek camp, Cressida succumbs to the flattery of one of the Greek heroes, Diomedes. She later denies the infidelity to Troilus, but the world accuses her of playing both men.

But lest we dwell too much on sadness, let us pause and remember the good things that preceded it:

And after souper gonnen they to ryse,
At ese wel, with hertes fresshe and glade,
And wel was him that coude best devyse
To lyken hir, or that hir laughen made.
He song; she pleyde; he tolde tale of Wade.
But at the laste, as every thing hath ende,
She took hir leve, and nedes wolde wende.  (Chaucer)

This story set in ancient times smacks of a medieval courtly love triangle (just as risky as the Andalusian story recounted a little way back). While set within the siege of Troy, it does not come to us directly or indirectly from Homer (although Homer makes passing reference to Troilus), but instead appears in early medieval texts (Recuyell of the Historyes of Troye, Dictys and Dares, Excidium Troie). While there are intriguing suggestions that these might lead back to a lost Latin source, the story context suggests otherwise.

Shakespeare's later 'problem' play of the Troy siege uses shifting affections and deceit to paint a complex image of a love triangle exacerbated by the uncertainty of war. No one likes the play, including the actors.

Chaucer's earlier version of the tale, Troilus and Criseyde, is so sad that he said that the lines wept while they were being written (and it is, admittedly, tragic but also lots of fun to attempt in Middle English) "And biddeth ek for hem that ben despeired, In loue that neuere nyl recouered be..." (the trick with Middle English is to read it aloud and fast and make up meanings for any words you don't recognize at first glance.)

While Boccaccio is better known for a scandalous account of the rich avoiding lock down restriction during a medieval plague, he also told the story, Il Filostrato. It mixes comedy with tragedy, fired with his own love of his muse "Fiammetta" ("little flame", Maria d'Aquino,  a Neapolitan noblewoman beheaded in 1382 for her part in the 1345 murder of King Andrew).  And there perhaps we might pause, for sometimes a story or a song tells us more about the writer than the fictive subjects.