The Molonglo River winds through a deep gorge above the old mining town of Captains Flat. Before emptying into the town's large water supply dam, the river plunges over a medium-sized granite wall inside a surprisingly angular amphitheater. At the base of the falls is a cool swimming hole. While the waterfall has not been officially named, a rock in sight of the falls bears memorial to a local miner nicknamed Ragged. 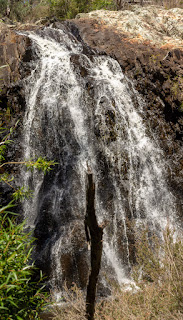 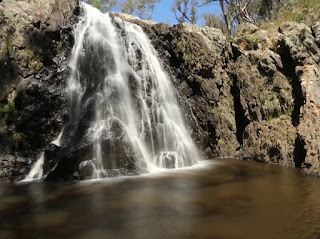 The path down to Raggeds Falls is steep. You will hear the sound of crashing water just before the first glimpses of the fall, framed by impressive rock formations and cliffs. and at the end of the track, the path will take you up again and over rocks to the fall and its plunge pool. Those crafting the path to this place chose it for impact: to impress you and convey their love of this place. 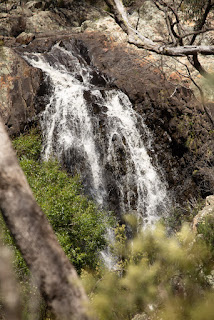 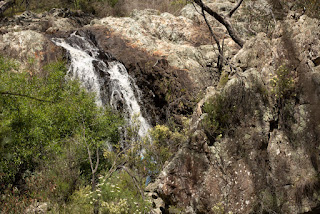 It might be imagined that this is a place where miners would walk to swim after work - so a name reflecting that use seems not out of place. Nearby there are signs that this place was used as a stone workshop by the First People, but I have found no record of their naming of the place. 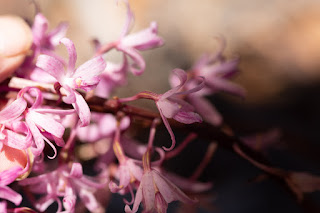 In late Spring, the area is full of Hyacinth Orchids (this region is a goldfield for orchid hunters). 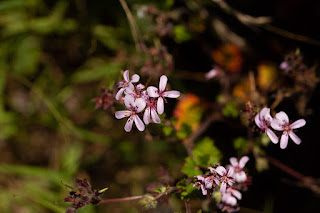 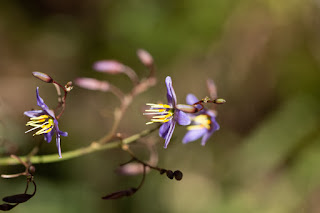 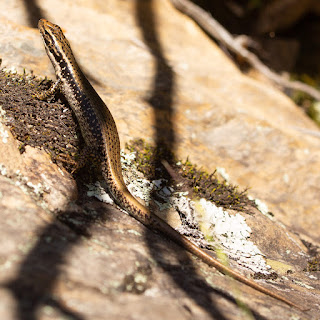 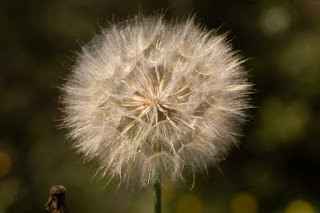 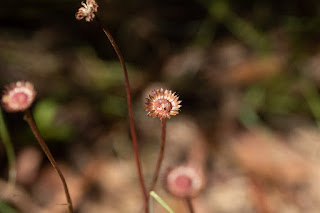 From spring to early summer, this is a place of wildflowers, including large displays of orchids. The rocky gorge around the falls plays host to lots of lizards (and probably snakes - a good reason to stay on path). 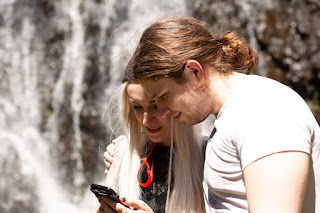 It is a good place to come with a friend - to sit, listen and make memories.

There are a number of falls near the town of Captains Flat (and on the nearby Yandyguinula and Jerrabattgulla Creeks), but this is the closest accessible fall. Be prepared for steep grades if you choose to trek down to the Access to the Molonglo River viewpoint shown (this is an optional side trip).

Crown land above the town's dam is crisscrossed by unmaintained roads and tracks that should be scouted on foot before risking a car. Better still, the path in can be walked. In town, a tourist map gives an approximate location for the falls - don't rely on it - you may end up spending many hours hunting up and down the gorge for the falls. 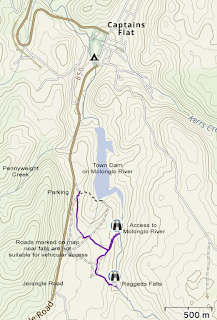