A hike along the fire trail to Mount Lowden today allowed us to follow Mountain Gully Creek above the Main Range falls. Interestingly, heavy rainfall has removed a number of massive trees that had clogged the falls since the fire. 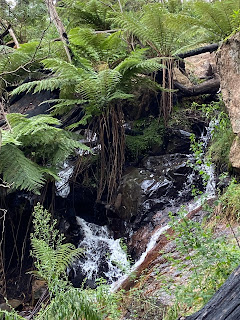 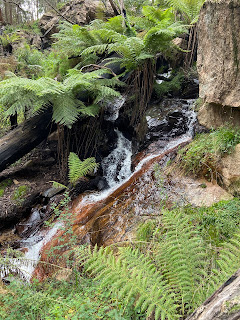 The walk today concentrated on the small falls and tors of the peaks now exposed because of the fire storm. We came across a lot of small shrooms and other fungi - even though temperatures up here recently have been in the -10 to -5 C range. There were a few wildflowers struggling to open, but an enormous strike of orchids coming. Spring is going to be amazing. 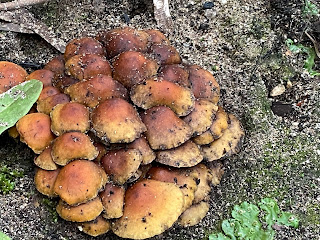 The creek falls steadily through hundreds of small falls. 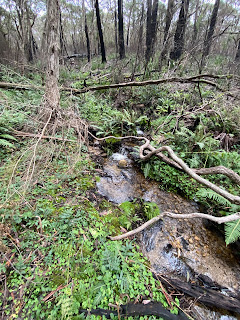 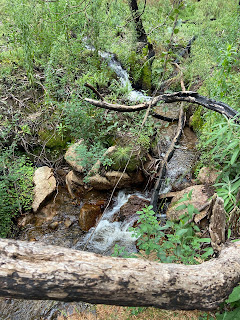 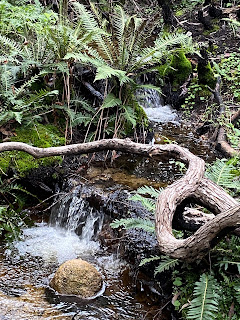 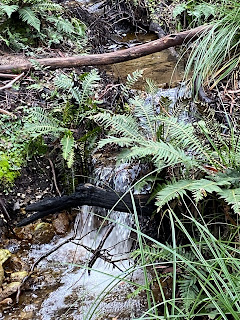 The Gaia trace shows the trails we took to explore the creek (which in normal years is inaccessible) and the tors. Some of the upper paths shows significant rock erosion, suggesting that they were very old. As in other places, some of the rock faces showed signs of sharpening/extraction workshops and there were signs of carvings (mainly eyes) in some of the rock faces (similar to those found far to the north in the Borenore Karst).. 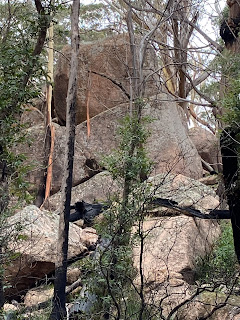 Overall we saw very few birds or animals although there were tree scratchings (gliders?) , roo, wombat and pig skats, and we came across a sow near the top tor. The wind was in our favor so we moved to higher ground and then down a different valley.
The Gaia map trace of the walk and additional shots can be found here: 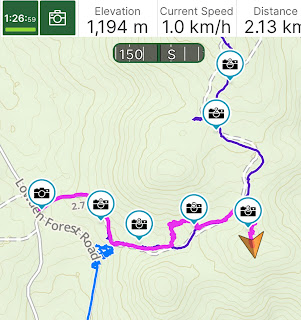