Just a Potion Seller, in a Travelling Show 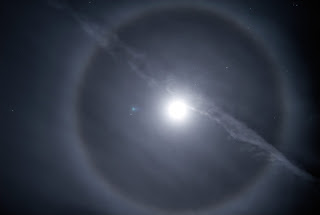 Ice halos spawning blizzards
Outside howling wind ripping hard
Inside next to dancing flame, red-blue
Wondering, the last place I saw you
A travelling show in one of those towns vague
Now gone, carried away by drought and plague
The night crowd had drifted from the place
While I was having a tattoo cut into my face
I felt your scorn as your face was lit by flame
So I asked your name to dim the pain
But you shrugged, Just a potion seller
In a travelling show
A beggar
Herbs and stories to blend
Waiting for the world to end
Note: I was shooting a festival for a country singer friend of mine. One night, as the singers paused for dinner, i called in to get a tattoo at one of the tents. As the artist drew, we talked about kings and princesses and waterfalls. From the shadows another listened, before laughing at our petty attempts to outdo each other's discoveries. She identified herself as a potion seller and told us the story of a fantastical cascade up near Rams Head in the Australian Alps. As it turned out, the story was true, the Tin Mine Fall does exist. When talking to a potion seller in a travelling show, set aside the real world, for it is of no help.