Catalyst: Of the Nightfall (3) 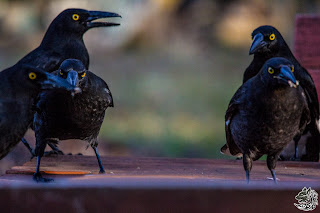 Time passed too fast. Mid-winter cold drilled into Chas. Finally, the team had completed work in the operations room and the second time gate was glowing ready to go. Now the team simply had to retrieve the second artifact. Still, it had taken far longer than any of them expected.

Despite the winter cold of the desert, he had started to come out for a night to walk to the shore of the salt lake and check his plane. It was not an idle chore. Left unattended the desert winds would choke inlets and pool in the recesses of the cockpit. Occasionally Catalyst would walk with him, but of late he had become withdrawn. Chas was feeling the same. He missed Dawn terribly, hating every moment away from her, and feeling guilty about how he had left her. If he had his time again, he would do it differently.

But that was the point, he told himself, shortly I will have my time over. And things will be very different. No more time quakes. The two that had hit earlier in May had worried both Catalyst and him but had not changed anything at the base.

He walked through the trench, past the excavator, and onto the desert surface. He paused for a moment, the air was still, and the stars were blazing all around him. He looked carefully at his surroundings. His path to and from the plane was visible as a faint smear on the ground. No lizards were anywhere. He thought again about them and shook his head. No one had seen any above ground, but the first and only encounter with them had kept them out of the main operations room. No delaying anymore, they were planning to go back in tomorrow. Catalyst and Benson were talking about it even as Chas was off walking.

He crested the slight incline and looked down into the distance. He turned to pick his way down to the shoreline.

For a moment, in the starlight, he imagined the lagoon once again full of water. He smiled. If their plans came off, he might even see that. But more importantly, Dawn and he would be able to live an ordinary life. With shared memories. He looked at the stars and shouted, “I am doing this for you, for us.”

He heard a rock fall in the distance and whirled around, training his lamp into the distance. Nothing, silence returned. Slowly, he relaxed.

Earlier they had talked about how the mission would proceed. In a conference room off the operations room, they had set up an electronic whiteboard to record every detail of the plan. Benson and Chas brought everyone into the room, one by one and as groups, to talk about how they were going to deal with this new opportunity. The plan that emerged was not to everyone’s liking, and not what Chas and Catalyst had planned, but it was close enough.

Benson planned two missions. The first would take all of them back to a point in time just after Catalyst had been first sent into the future. He called it a test run, and it would still be in the probability cloud. They were going to stay for enough time to sow the seeds for change and then to come back and check all was to their liking. The changes would, in theory, make them individually wealthy. No missile would hit Perth and Labrinth would not be taken away.

But it went beyond that. It started with Brent. He had a dream. He wanted a world where modern computer science and the internet had been jumpstarted. Then Graham mentioned reclaiming land and preventing environmental disasters. Before long they were talking about health and education for all. And world peace.

Initially, Benson just smiled at them, but then he started to listen. Chas could hear the excitement build in his voice, “Why not. This is a gift.”

Chas remembered his early discussions with Catalyst about changes within the probability cloud. Maybe what was being planned, would not work. If so, he thought, it would still teach us a little more.

In the first mission, they would be away for a short time. Time enough to change the world. And then they would be whisked back to witness the new future.

The second mission would be an anticlimax. Chas and Catalyst would be sent to collapse the temporal probability cloud and, armed with experience; the team would recreate the positive effects of the first plan.

After the briefing, Chas spoke with Benson about his concerns.

Chas started directly, “We cannot be sure that any of this will work.”

Benson shook his head, “I agree. That is why I am proceeding in two stages. The reality is that it might take a hundred attempts to get to where we need to be. Some of us may not make it. But it has to be better than what we have been through.”

Chas said, “Do we need to complicate things with such drastic changes?”

Benson nodded, “Again, I agree with your reservations mate. We have left Labrinth out of this; we are going to deal with her problem differently. Still, I notice that neither you nor Catalyst have nominated seed changes.”

Chas tried to speak, but Benson held up his hand and said, “It is ok, I understand. I agree that you are both different cases. I think it is sensible to keep your part of the plan simple.” Chas was silent.

Benson had continued, “Look, we are all getting old. We can change the world. Why not try?”

Benson’s voice faded from the meeting.

The sound of silence replaced it. Out here, away from the team, Chas could ask himself that question.

Chas kept moving, walking purposefully across the dry mud flats to the salt surface of the lake.

He stopped and shone the lamp along the shoreline behind him, and then turned to the plane.

He froze, trying to work out where the sound came from and wondered if he should sprint to the plane.

She said, “I am old and offer no challenge to you. I am hurt. I need your help.”

He slowly turned to play the lamp over the shoreline. The acoustics played tricks with him; she could have been in a dozen places.

She said, “Please, turn the light off. You are hurting my eyes.”

He hesitated, and she said, “Please, turn down the lamp, and I will come to you.”

Chas switched off his lamp and moved quickly ten paces to the right. He said, his mouth dry, “Who are you?”

She said, “I have come from your wife and son. I need to talk to you.”

He hears scuttling sounds around him.

She says, “They have come back. We need to get to safety, eh.”

He says, “Come to me quickly. The lizards are only dangerous if you flee from them.”

A shadow detaches itself from the shoreline and starts to crawl towards him. He says, “Wait there, I will come to you.”

She groans in pain, “I cannot do this. I parked my wagon back a little. I followed the shoreline until I found your plane. I twisted my leg.”

He moves quickly to her. In the starlight, he sees an old woman, a scarf wrapped around her face with her left-hand bleeding.

He reaches to her with a hand white in the starlight, and she slightly recoils. She reluctantly accepts it. He asks, “Could you stand if I gave support?”

“No, no, no. I am just here to give you the message. And perhaps take a short rest. My wagon is here”, she becomes animated as the sounds around them increase. “I cannot leave it. Oh! They are here!”

He says, “Hop up, and I will support you. They will not come close if we move deliberately. I cannot radio for help from here.”

He helps her up, and they start to make their way back to the base.

She says, “We are not safe yet, time traveler. Yes, I know of you, your wife told me all about you. You look just like her picture of you.”

A memory stirs, and he asks, “But who are you?”

She whispers, “I am just a beggar. Shhh, any noise attracts them. They almost had me before, but something called them away.”

They hear the sound of bodies dragging low across the ground and shadows move in the darkness behind them.

He reaches down to pick up a rock.

She says, “Don’t throw it, others will come.”

He says, “I think we will need it ahead.” She holds him tighter.

There was a chill in the desert air. Chas supported the old woman, but he was starting to wonder about the odds. There were scuttling sounds all around them now, and they were still a little distance from the base. Chas waved his lamp, and this time they could see the eyes waiting for them. The monitors were crawling over the excavator, trying to smash the windows. With the flash of light, they turned towards Chas. Chas said, “Stone the crows.”

The woman was searching for something in her coat. She said, “This might help.”

She was holding a revolver and fired two shots into the air. The monitors turned and ran. She said,

“Quick! Before they return.”