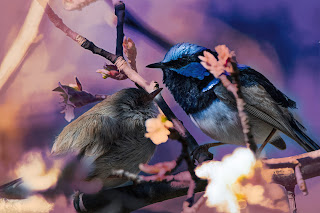 This story is old beyond memory. It comes to us by words spoken from one woman to another. I do not know whether the number of retellings in this form was thousands of generations, or simply one. But the truths the story tells are old, and it contains within it the stories that every mother tells her daughter: despite every life burden, it is within the capacity of people to kindle a powerful and enduring love.

This is a difficult story for a man to tell. It is a savage story, unbelievable, but I want to believe it. Perhaps the original should be told by an older woman to a younger woman because it is a story about being a woman. Perhaps I can only tell the story from a male perspective.

It is an old Inuit story; you may have heard it. It is about a bone girl.

As a young man, he had heard a terrible tale. So terrible that his family only spoke about it in hushed tones. Fishermen from the community refused to fish the bays to the north.

The tale concerned a willful young woman from the North. She offended her family in some unspeakable way. The young man knew that most young women do that sooner or later.

But this time, her father had taken her to the cliff edge and argued with her. It ended in the father throwing her onto the rocks below, and her torn body was taken by the ocean.

So, just as the young man’s story starts, the bone girl dies.

The young man grew, learning to survive in the cold of the world. Fishing from ice and kayak, with net and line made from sinew and bone.

One year, he paddles north, into waters unfished for many years, ignoring the warnings of other fishers.

He came into the bay in his kayak. The bay is bordered by cliffs. He casts his net into the water.

Instead of fish, he snags the remains of the bone girl. He thinks he has caught a big fish and pulls the net towards the boat. Awoken by the touch of the net, the bone girl struggles to free herself.

In the process, he gets entangled in the net himself. When finally he sees he has caught the bones of a girl, he panics and tries to cut the net, but cannot.

He paddles the kayak back along the coast as fast as he can home, with the bone girl skipping behind him, over the water. The bone girl becomes aware that she has left the bay where she was killed and is being taken somewhere new.

The young man staggers from the boat to his snow house still tangled in the net. So the bone girl comes into his home as well.

In the darkness of his home, he lights a fire, fearful of what has happened.

He slowly recovers his breath and sees the sorry mess before him in the net. He imagines the bone girl looking at him; imagines seeing the reflection of her father, and fear and hatred shimmer through her bones.

The young man is tired but tries to make sense of the situation. He gently removes the bones from the net and places them into their original position. Sorry for what has become of her, he sings a song of remembrance and covers her bones with furs.

The bone girl is confused by his actions and watches him carefully.

He lies down near the fire. He enters a waking dream. A tear forms in his eye. He imagines the bone girl shifting closer to him until she is close enough to drink his tear. As she drinks his tear, flesh starts to grow back around her bones.

During the night, the bone girl raises herself and looks at him. He feels the soft thump of a drum; his heart is beating loud and strong. She hears his heart call her, and she stands near him and plunges her hand deep into his chest. She takes his heart.

He cannot breathe, watching her hold his heart carefully to herself. He watches her let the furs he wrapped her in fall to the ground. She comes and lies next to him.

She gives him back his heart. He opens his eyes and smiles. They share his heart, and she wraps her breasts around them both, to keep them warm.

[This story was first developed from the Inuit by Clarissa Pinkola Estés in her insightful "Women Who Run with the Wolves: Myths and Stories of the Wild Woman Archetype".]


Rodri: Life and Love are symbols of Light, because they illuminate the Universe with joy. From the Catalan Countries a friend greets you. Freedom Catalonia. Congratulations Peter Quinton
Peter: Life and love burn brilliantly in the heart of the Catalan Countries: it has always done so and will always do so. Your vision is sharp and enlightens us all. Vale Rodri
Monday, June 7, 2021 at 12:40:00 AM PDT