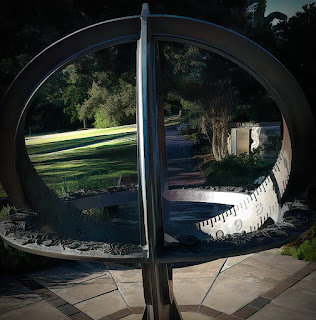 I was the youngest member of the team. Ok, well, I wasn’t even on the team. Still, they gave me a code name. They called me Catalyst.

My family was stationed in Woomera at the time, 1975. There was no radio and no television. Not much a place for kids, the center of the desert and one of the hottest places on Earth.

Back then kids had to make their own fun. Some of us hiked out to the research facilities nearby, especially the ones that were secret or prohibited. I think we had more fun planning the adventures.

There is not much you can keep secret from a determined network of bored kids. We dreamed of getting on one of the big rockets and heading into space.

The reality of it all was a dull reflection. Trekking in the desert was no easy matter, and some of the prohibitions were backed up with stories of razor wire, machine guns, and strange, dangerous creatures. Also, there were not a lot of rocket launches in the mid 70’s. Many of the facilities were boarded up or being shut down.

Still, some friends and I managed to get into, and out of, most of the English and American bases. Some of them were pretty huge installations with their own weapons laboratories, metalworking facilities and fuel storage. A lot of them had collections of recovered rocket hulls from super small military missiles to the massive European rockets which were designed to go into space but ended up falling into the desert below.

It was really the launch sites with their small mission control facilities that interested me the most. But, we were never able to time our appearances at one of the sites to coincide with a launch. Still, that didn’t stop us trying.

At that time in Woomera, the Scramjet laboratory and the Temporal Research Facility were the biggest challenges to kids like me. The scientists all knew about us and of what we were capable. They were on the lookout.

I managed to get into a maintenance shed with the prototype Scramjet. Sleek and long, with a tapered cone that sent a thrill through me. Still, as I stood there in the heat, it was much smaller than I had imagined. I suppose that these days I would have taken pictures of it and put them up on the web. But back then technology was pretty basic, although one of the kids had a Polaroid Instamatic. None of us had any inkling of the web and what it might bring. The Scramjet was going to open up space. I should say, it will. Or perhaps, nothing else can. I remember looking at it in the dusky hanger, the smell of oil and machinery thick around me, and thinking it would only be a matter of time. It will open up space, but I will not see it. Faster and cheaper than any conventional rockets, the Americans and Russians dumped the research early. While there had been an early promise, they stuck with the cost of proven launch devices. Only an Australian team kept working quietly on Scramjets.

In 1975 the Americans had abandoned Deep Space Station 41 three years earlier. Some say it was the heat, others the end of the Ranger missions, others that President Nixon wanted to make clear American displeasure about Australia’s withdrawal from South Vietnam or the Labor government.

It was much harder to get into Deep Space Station 41, which now housed the Temporal Research Facility.

Deep Space Station 41 is located on the northeastern shore of Island Lagoon. Looks amazing at sunrise and sunset, a large lake with a natural pyramid rising from it near the center. Glorious and wild. But as the sun floods the sky with light and you look at the water, it is still. A plain of salt. Deep Space Station 41 is spread from a slight depression up to the dome itself, protected from the searing winds of the surrounding deserts and the savage bite of the dry salt lake. Fifteen minutes to Woomera village. But, in reality so far from everywhere that you could be on the moon. Outside the temperature touches 120F. While there were razor wire and guards, no guards were needed, the sun is sufficient.

This time, I managed to break into the facility at just the right time.

I even saw them testing the first time transfers. Three launches and three successful recoveries. One of their senior test pilots, a naval bloke called Chas, was in the hot seat. At the facility, they called him Cannonball. A good name for someone they were shooting into the future.

Just a little way into the future, for a couple of seconds each time. The Mission Controller, Benedict, would get all serious, and lots of people would bunker down for the countdown. Then Chas would walk to the time gate in a bulky space suit, look up and disappear. After a couple of seconds, they would pull him back. Each time his helmet was already off and his suit unbuttoned, and sweat would be dripping from his face. Then they would go into a debrief session, until the next launch.

I was crouching down below the blast wall, and could not hear. So I tried to get a bit closer, and that’s when I got nabbed. They took me to Benedict. He sat me down next to him and told me not to move and that he would deal with me later. They were all very excited, though, and I was not too worried because I now had a ring seat and I knew lots of the people around me. The fourth test was announced, this time a longer shot was planned, with more power.

Then, I noticed Cannonball talking to technicians about a device around his neck. He took it off and put it on a console near me, replacing it with a second sitting there. While no one was watching, I had a good look at the one he put down. A heavy, dull circular device on a neck chain. It looked timeworn. Bare crystal, with the imprint of a hawk. Or something like a hawk. It had a recessed central area with a couple of toggles and two bright green lights.

Of course, I put it on. You would have as well.

I was so caught up in the device I did not notice them moving into the next time shot. I was still looking at it when they started the time gate. Everything happened so fast. I was standing, some way from the time gate, but the gate shot an electric discharge at me and, suddenly, there were stars all around me.