Love #5: While the crow’s day drags on in the darkness, we are the only ones left here on Earth 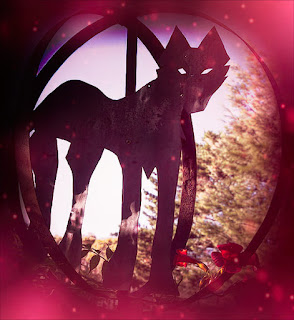 On the morning tide, she had searched for his arrival. She rode along the shore on her dappled mare. From a high vantage, she watched him row a small boat from his longboat in the bay to shore. She saw him borrow a horse from the shore-master. He galloped to meet her at the headland fells.

For a moment the fates had business elsewhere. He jumped from his horseback to the turf and helped her alight.

She slipped into his arms, slowly and fully. Their eyes had locked, and they were lost.

He spread his cloak on the soft grasses, and they settled together under the one roof-tree.

The horses wandered away. Their shadows became longer as the day passed.

It was not nearly time enough. The fates came looking for them. They found their eyes locked in eyes.

With a start, she said, “It is time to look for the horses. I must return home.” She thought to herself, “Please, let this be just a dream.”

She had heard the horses close by, but now they were nowhere in sight.

Together they walked along the coastline to a nearby farm. They were taken into the hall, sat on the cross benches with the head of the household close to the warm hearth and treated with courtesy.

The lady of the hall sat with her, and an Irish slave combed her hair free of mosses and bracken of the highland fells. She looked at the young slave girl, who blushed.

He complained, “Open your eyes and turn around. Defy the fates. Come near to me, so near that only the sheen from the deep is left between.”

She said, “No, it is better thus. It is all over and done with. Name it no more.”

He dismisses her, “I cannot hear you speaking.”

She heard him rise and walk outside the hall.

She needed to finish this, so she followed him into the moon-lit hay field.

He was sitting on the far hay field wall, listening to the crash of the cold sea and watching their errant horses picking their way towards the farm. Inland, hills were draped with thin tendrils of mist, illuminated by the moon dancing with snow clouds. Emma placed her hand on his shoulder. They watched the mist dressing and undressing the hills as the moon comes and goes. The mist touched them gently with night dew and ocean scent.

He asked, “Why will you not come back to me?”

She said, “I reject you all. Why should I exchange one knife for another?”

He said, “We were still hearth friends. I came and sang your songs.”

Different memories came into her mind. She remembered his drinking and the violence that followed the slander of his love poetry. Violence and misery, random and savage, visited on her and all around.

She whispered, “We have different memories of that time.”

A snowflake settles in her hair. He says: “Sweet woman, your hair sea-dazzle gleaming, can you see that time has stopped. While the crow’s day drags on in the darkness, we are the only ones left here on Earth.”

She cannot bear it any longer, “You once asked me to make you a shirt. You had no business asking that of me. So now I ask you to make me a cambric shirt, without seams nor fine needlework! Wash it in the dry well of your love and see that it is dried on the thorn that has never blossomed! Then you will be a true love of mine.”

He does not hear her and instead talks about his need, “I have your face etched on my mind. I ache when I think of you.”

She said, “You once promised me a farmhouse, cattle, fine horses to race and children. You let your bride-price fail. You only get one chance. So take this acre of land between salt water and the sea-sand. Plow it with a ram’s horn, and sow it all over. Reap and barn it in a mouse-hell and thrash it with your shoes! Only then shall you be a true love of mine.”

He stands and lashes out. Through slurred voice, he shouts “You are asking the impossible.”

She said, “I ask you nothing more than you ask of me.”

Wind Wolves roar around him, his eyes are lit by lightning. A frightening man, dressed in leather and iron. He is suddenly standing next to her, looking at her. He blinks, and she is there again, swimming in his eye. She catches a glimpse of herself reflected in his eye.

Then she ran from him. She ran from his violence, into the sea, pursued by the demons of the past. Like she has a thousand times before. 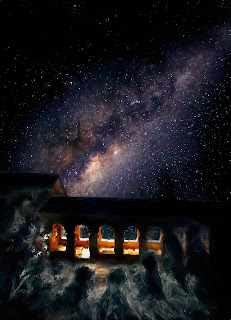 This is my retelling of a fragment of the Icelandic saga concerning Kormak and Steingerd, a story about real people who believed in real swords: not the stuff of fairy tales.

The Icelandic sagas date from the 10-12th century and perhaps earlier. Kormak (sometimes Kormac) was the younger son of a landowner (a privileged position, but one where he had to leave home and travel the world). He is the guy who established Scarborough Fair - a port city on the mid-East coast of England.

The saga is still fresh for lots of reasons - but the bit that first attracted my attention was that during the long dark days of winter, the Icelanders could not leave their farmsteads. Instead Kormak and the others would sit with their friends, male and female playing checkers and chess - sometimes for days and months at a time. Then, during spring, they got out and exploded on the world.

Maybe it is natural human thing to play games during winter - maybe it gives us a chance to regroup and recharge. Perhaps to reshape the world.

In this story, I have mashed this story with a ballad with the familiar refrain: "Are you going to Scarborough Fair?" The ballad – which has many forms and is of uncertain origin (including one that include the  powerful image of a mouse hell) – is an exchange between disaffected lovers. As much as i would like otherwise, academics and music collectors trace the song in every direction other than Scarborough and Kormak. But, perhaps there is an echo here.

You can only be a true love of mine – if you complete impossible tasks. In desperation - If she tells me she can't, I'll reply:

Parsley, sage, rosemary and thyme
Let me know that at least she will try
And then she'll be a true love of mine.

However, in the dialogue, there is no reconciliation between the two.

While the roots of the song are lost. there is a fascinating coincidence between the ballad and the saga. The saga recounts the impossible love of the warrior-poet Kormak for the woman Steingerd. The story ends with Kormak and his brother, Thorgils, going off raiding in Ireland, Wales, Scotland and England. “It was they who established the stronghold named Scarborough.” The name itself comes from Thorgils’ nickname “Skardi” (a reference to Thorgil’s harelip).

The romance between Kormak and Steingerd is cursed soon after they meet by a sorceress. Even though betrothed, Kormak fails to attend the wedding with Steingerd. This sets off a series of events that leads to her marriage to first one and then another merchants. Kormak cannot forget Steingerd - their paths cross through the years – and he composes a number of love poems about her. Interwoven in this romance is the story of Kormak’s travels in the Nordic world.

Bitterness dogs the relationship – Steingerd never forgives Kormak for failing to marry her. Even though he undertakes heroic tasks for her, her love does not return. Even late in the saga when he (and Thorgils) rescue her from kidnappers, she rejects him saying that she would not exchange one knife for another. Finally, survived by Thogils (Skardi), Kormak dies in bed (and so becomes ineligible for Odin’s hall) after a battle with a Scot giant, failed by his sword Skrymir.

The fortification at Scarborough (located midway the East coast of England) on North Sea coast of North Yorkshire was subsequently destroyed and rebuilt in the succeeding centuries – but the brother’s choice of location seems vindicated by the re-establishment of a castle on the headland and the grant of charters in 1155 and 1163, permitting a market on the sands. By royal charter in 1253 the fair was allowed to run for a six-week trading period attracting merchants from all parts of the medieval world. It ran from 15 August, until 29th September ("The Burgesses and their heirs forever may have a yearly fayre in the Borough, to continue from the Feast of the Assumption of the Blessed Virgin Mary until the Feast of St Michael next following"). The fair continued for 500 years.