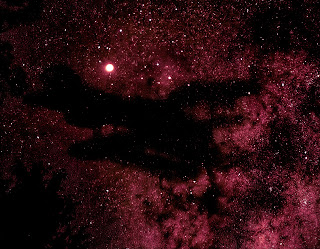 The dawn was just a faint promise in the Adelaide Hills to the east. His taxi picked Labrinth up from her motel on the way back to his bi-plane.

Labrinth asked Chas directly, “So did you kiss your girlfriend?”

“None of your business, but... I owe you my thanks.

Going to the fair was a good idea. Thank you.”

Chas told her about the fair, and how they had ended up seeing an old fortune teller.

Labrinth growled, “It would have worked better if you had seen the right fortune teller, like me. I waited for you.”

Chas said, “The old fortune teller told me that I do not exist. That I had traveled down forbidden paths. Then she went crazy. I thought it was you.”

“Fortune tellers can’t tell the future. But they are good at reading a person. You probably walked in there with time traveler written all over you.”

Chas shook his head, “You sure you did not tell that bloke with the fortune teller’s something? He knew about your gun.”

Labrinth blushed, “He tried to pick my pockets. You better check your wallet, by the way, he probably pinched it while you were walking into the tent. I made my meeting with him turn out right. I got my fortune read, and he set me up with my own tent. I made about $100 waiting for you to show up.”

Chas had dived for his wallet and checked its contents. He sighed with relief. “All there.”

Labrinth shook her head, “Might have taken it, spilled the information to the daughter and then put the wallet back when you were outside. Perhaps he was a foreign agent. Or, as I said, maybe it was written all over your face.”

Chas shook his head, “None of the above.”

“Well, what exactly did she say to you? Did she tell you something concrete or have you taken some general words and built a mountain out of the molehill?”

“Too much has happened in such a short time, maybe I just need a long sleep.”

They sat quietly in the back of the cab as it drove south to the port area and Chas’s biplane. In the front seat, the taxi driver and a trainee driver were comparing route details in a quiet murmur.

Chas was first to break the silence, “So you had your fortune told as well? I find that a bit hard to swallow.”

Labrinth was tight-lipped, but eventually said, “No harm in a bit of background research. Bavole might be a fraud, but he is a master. He gave me some useful tips; I earned my $100 fair and square.”

Chas pressed her, “And your fortune?”

Labrinth snorted, “I am going to do a lot of traveling, and meet a good looking older guy. But I should avoid driving at night for the next month.”

“He got that wrong. Back at the base, you need to avoid the older guys.”

They reached the port as the dawn started to light up the sky. Tendrils of red and yellow reached to the pier.

Chas paid the cabbie and followed Labrinth out towards the bi-plane. There was a whiff of smoke in the air, and he heard muffled laughter as the cab pulled away. He froze and looked back towards them.

There was a blinding flash of light. A deep rumble followed by a mild earthquake. All was gone as quickly as they came. Chas was white, “What was that? The quake, did you feel it?”

Chas stopped and looked at the dawn sky. A vivid pink had replaced the reds and yellows. He took a deep breath, searching for the smoke, nothing.

“No quakes here. You look like you saw a ghost.” Then, with a little more concern, she said, “Perhaps you need to go back and tell the doctors about this. It might be related to the trial.”

He shook his head, and they flew back to the base.

But the quake had changed more than the colors in the sky.

A few things did not change: the color of cars, the shape of new houses and the brands of milk on the shelves. Everything else changed: friends at home and work altered, governments fell and the seasons never felt the same.