Love #16: Advice to My Daughter 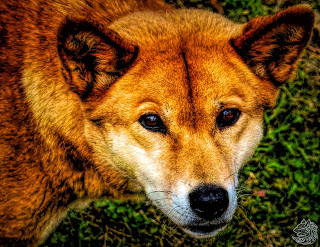 I had been trying to explain men to Storm. Around this table, when she was a young girl within the safety of this room, I told her the gentle cautionary tales.

It was not enough. Storm grew up and met a nice guy. And then he hurt her.

So, this time, I took her outside. Into the wild. A cleared area around an unlit fire.

I asked her to put aside all that she thought she knew about men.

The stories told about them are mostly untrue. Experience shows this already, but truth is sometimes too easy to hide, and the lonely keep searching for fictive rather than real creatures. You and your friends tell of mixed experiences – you have experienced part of the reality. But that knowledge serves you well and is sufficient to ignite a fire.

Storm shuffled as I lit the fire.

Here it would be easy to pause, and heap the past all at once into the fire. To bask in the warmth as the fire burns fast and quick, in turn drawing the lonely and others to the dark just out of reach. True, some of the creatures about might make good mates, but some are predators, others are hurt beyond repair and others, perhaps worse, time-wastrels.

Moths started to gather around the flames.

I ask that you sit back and consider the fire. Fire is the place to tell stories, to heal, to play, to teach and to sing. A place to watch the sparks climb into the unseen river of stars just above. It is a place of safety and rest, a place to reflect, where the past can be unraveled slowly, where the present can be woven into plans.

All around you are people of unknown quality. Some hunt for satisfaction, some for the company, some for friendship, and some for a mate. In this world, do not simply wait by the fire. It is too easy to become the prize, the person taken by whoever wins the hunt.

Storm had quietly shut her eyes. I could not tell if she was listening. I needed her to hear.

Instead, join the hunt, on your terms. As a hunter, free of the fire, the game changes. You chose what you seek: pleasure, company, friendship, a mate. And those that deserve no consideration can be thrown back into the maelstrom from whence they came.

I paused. Storm turned and looked at me.

Hunting is not intuitive. It is a skill most people have to relearn, painfully. A long time ago, I wasted time watching the Australian wolf, the dingo. I stayed on a station, bordering the dingo fence and an incredible wilderness.

A dingo treats all as an intruder until she determines otherwise. When a dingo comes across another, she will follow at a safe distance, frequently backtracking, observing through tracks and spore how the other behaves: is he healthy, fit, smart, and capable. The deeper the proposed engagement, the sharper the inquiry and the greater the evidence required. Too often, we fail at this first step, we do not ask direct questions, we do not seek proof, and we make excuses. The questions are simple. Are you married? Are you in a relationship? What is he to you? Are you who you say you are? How can you prove this? Mostly simple questions, easily discharged with a smile in good faith. And if not, deserving of careful chewing. Mere predators and the hurt turn and twist when the questions are asked.

A dingo pack is a close knit group – the members come with a context, friends, a family and a past. Before considering letting another join your pack, these pathways and relationships need to be accessed and tasted. Why did his last relationship fail? When can I meet your parents? Let us run with your friends. If not, prepare to chew harder or join a different hunt. Mere predators and the hurt turn and twist when these questions are asked.

Sometimes a dingo is injured. A paw is twisted during a hunt. A kangaroo slashes a shoulder. The animal becomes a liability, unable to hunt effectively. Before you rejoin the hunt, you must rest and recover. Put the injuries from the past to one side. They have a place. In the future, around your fire, you might want to reflect on those events. To tell a daughter how, for a moment, the role of hunter and hunted reversed, and how easy and hard it is to be snared. And then to tell her how she might run her hunt.

I had finally got Storm’s attention. She was sitting wide-eyed not believing her mother was shouting at the fire. She said calmly, “It was just an argument. I was to blame as well.”

[This story was first suggested by a segment about the behavior of wolves in Clarissa Pinkola Estés's insightful "Women Who Run with the Wolves: Myths and Stories of the Wild Woman Archetype". Ms Estés's insights match, to a degree, with my own observations of the Australian wild dog, sometimes described as a wolf. I say "to a degree" because the argument placed in the fictive piece above is based on fleeting observations and the conclusions are incapable of proof - but sometimes the message is more important than base from which you proceed. - and sometimes the message becomes the base. This piece originally appeared in Dragon's Eye and probably the most amended part of that book, changing as my own life experiences alter perspectives.]