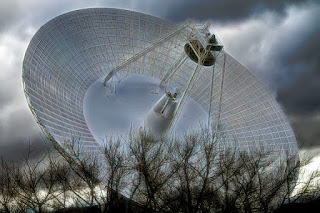 In the morning, Mission Controller Benedict sent Cannonball into the future for the first of three test missions.

Chas walked to the time gate in a bulky full body suit. He waved at Benedict. As the Time Gate powered up, those nearby saw him look up in surprise. Then he disappeared.

Shortly after, they would pull him back.

Each time he would arrive with his helmet already off and his suit unbuttoned, and sweat would be dripping from his face.

Then they would go into a debrief session, until the next launch.

On the third launch, disaster struck. A young kid had sneaked into the facility. Somehow, when they sent Cannonball into the future, the kid went too.

Only Cannonball came back. He said that he and the kid had talked a while under the shelter of his plane on the lagoon. A search of the Lagoon found nothing. Cannonball noted that the device the kid had pinched seemed defective; the power had fluctuated and died briefly during the second trial.

A couple of hours later the mystery was solved – the boy was found pulling away from them into the future.

Grant came up with the code name for the boy, ‘Catalyst.’ Grant said that a catalyst caused change, something they all readily agreed on. He went on to say that a catalyst had the unique property of creating change without being changed itself.

Brent said, “Poor little blighter, at the temporal speed he is traveling, he will probably be dead in a month. That is a bit of a change.”

They all stood mulling that over until Benedict called a time-out.

Right from the start, there seemed little hope of getting Catalyst back to the present.

[note on image: This novel is based around an old NASA facility, named Deep Space 41 in the South Australian deserts. This might come as a bit of a surprise to those seeped in sci-fi, and old Star Trek series. The above ground bits of the base are long gone, so I have travelled to  a remaining NASA base to the south of Canberra, for this image. Here you will find Deep Space 43, still operational.]