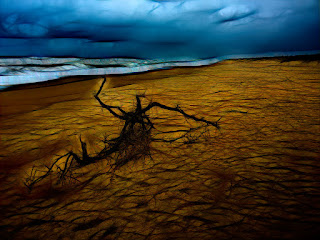 “Eat up!” David smiled, “We have your appointment in 45 minutes, and you haven’t told me how this meeting with your people is going to happen.”

Labrinth was silent, trying to weigh up a sudden slew of coincidences. She saw David looking at her, and she replied, “Your Dad, he seems nice,” but nothing is making sense.

She needed to take control. She looked at David, “What do you do mornings?”

“I go for a run along the beach. Do some presses, try to keep fit.”

“Let’s do that. Have you got some shorts and a shirt I can wear? We can talk along the way.”

He fished out some shorts and a t-shirt and turned his back as she dressed. Then they climbed the stairs leading up to the boathouse and set off along the shorefront.

He said, “Hey, not so fast, you look younger and fitter than me.”

“Ok, you are going to have to trust me on this one. When the meeting is about to happen, we will need to be very close, and I want the area around us to be clear of stuff. I want you to hold me and this,” pointing to her artifact. “The meeting will last about a minute and a half.”

“Is it some sort of teleconference?” he looked a bit doubtful.

“What is that? Maybe. The transition to and from will be disconcerting. I need you to concentrate. Do not let go of me or the artifact, whatever happens.”

“You will. It will feel a bit like breaking the sound barrier.”

She shook her head, “Hey, David. This is serious ok? They may have weapons. Just do not react. I will be in front of you. Whatever you do, do not respond to anything, or anyone, you see. I need you to stay perfectly still, let me do the talking. It will be over really fast, and I promise to explain everything after.”

“Ok girlfriend. But shouldn’t I be standing in front.”

“I will not let anything hurt you this time,” she said. “Try to catch me!”

She switched from a gentle pace to a fast sprint scattering sand in his direction. She could feel him slowly gaining on her, so she started to push herself feeling the sun and sweat beginning to cool her arms.

She was not prepared for his leap and the tap on her ankle, throwing her off stride and into the sand. He landed just behind her, sprawled in the sand, unmoving. She jumped up, looking around and ran back to him. She called to him without response and then shook him. She turned him over, no movement at all.

Then he opened his eyes and smiled at her. She collapsed next to him, “Ok, I guess I owe you.”

“None of your business.”

“Come on. I need to know stuff. Remember, you owe me.”

“Thanks, that run almost killed me. Two questions and I will follow you to hell. What is your full name and date of birth?”

She looked at him, breathing slowly, a sweat-drenched t-shirt, his eyes alive and smiling at her.

She held out her hand, “Hi David Moss. I am Stephanie Fenner Childs. My birthdate is 16 February 1947.”

He continued to hold her hand as he turned that around in his mind, watching her eyes. She realized, too late, that that was the wrong answer, by about thirty years.

“Stop. David,” but he dropped his eyes and let her hand go. She continued, “I don’t tell anyone my date of birth. I am sorry. But...”

He held out his hand, to help her up. There was still a smile in his eye. She said, “You cheated.”

They ran together back to the boathouse and changed, their every move carefully watched. Just before time, David took them to a grassy patch clear of any obstructions, “This ok?”

“Stand behind me, close, hold me tight and don’t let go of the artifact, the necklace thing,” she said.

He stood behind her. Drawing her close his arms and hers entwined in front of her.

Her artifact started to vibrate. She turned to David and gave him a quick kiss, “Get ready for the ride of your life.”

Gentle blue waves appear around them, and with each wave, a tremor. Small earthquakes rocked them gently. Suddenly stars appeared in the sky. And then the stars started to move towards them. David stopped breathing.

He had been left behind once this morning. New woman or not, this was not going to happen again. Patroclus ran across the grass, and jumped high over the blue lights, into their arms.

29 years in the past Benedict said, “This is Mission Control, a shade under 272 hours into this exercise. We are now seeking Go/Stay authorization for retrieval of agent Labrinth into our timeline.”

Cannonball called off each of the service groups and then walked into the bright area between the consoles and the time gate. He watched the stopwatch and for a signal from DelCon, “We are good for retrieval. Go!”

The reactor tremors built, becoming waves, rippling over the floor. Power called out, “We have a fire in some of the connectors. Being extinguished. Ignore the smoke; the fire is under control.”

Cannonball stumbled slightly, and then spread his legs to keep balance.

Something was not right; a third writhing shape was in the mix. Smoke was filling the control center.

Labrinth became solid just in front of Cannonball. A second person, a little indistinct behind her. In their arms, they appeared to be fighting something black, twisting and vague in the smoke but moving fast. The creature twisted into the air and dove between Cannonball’s legs into Mission Control. Cannonball heard a scream behind him and fought the urge to turn.

Labrinth, says calmly, “Focus on me. Authorize me here to engage Agent...” she pauses, “Chosen.”

She nods at the man behind her, “My reasons and a preliminary report are here.” She holds out to Cannonball a handwritten note

“Authorized on your recommendation,” Cannonball can hear the chaos erupting behind him and drops his voice, “Listen up. You need to know that Agent Catalyst has disappeared. He may have left your time zone. He may have returned here. We have limited capacity to assist you; power is fluctuating. Stay in touch.”

David was standing behind Labrinth, holding her tightly, in shock. He bit his tongue, wanting desperately to call out to Patroclus, tasting the smell of an electrical fire.

Through the smoke, he could make out a series of consoles. His face furrowed as he saw a grainy black and white picture of him and Labrinth from moments before, frozen on the screen. He watched Cannonball reach to take the sheet from Labrinth. It disintegrated as Cannonball touched it. Cannonball shook his head, “What?”

A scratch from Patroclus welled on David’s arm, a drop of blood formed and fell towards the floor. David watched as the drop disappeared before it hit the ground.

Benson’s voice boomed through the smoke, “Prepare for reinsertion. Lock this facility down!”

Cannonball waved and stepped back into the smoke as small explosions rocked the facility.

Blue light colors the smoke, the floor starts to pulse waves of tremors. Stephanie twists slightly in his arms, and he sees tears in her eyes. She put her head on his chest.

Patroclus has decimated Vitals and Guidance. Operatives scatter everywhere as the creature from the gate targets them. He sees the gate powering up, and makes a sudden turn.

Suddenly there are stars all around David and Labrinth. And the stars start to move towards them.