Catalyst: As the World Falls Down 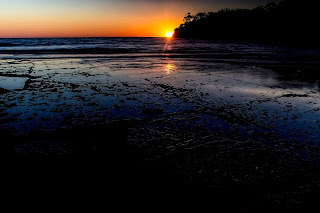 While he ate, Labrinth changed out of her disguise and changed hair color and length.

Then she made David an offer he could not refuse: employment as her assistant in some official sounding organization for 12 months. More money than he would earn in ten. He was to travel with her in public as her boyfriend, acting as bodyguard and driver. She made it clear that the relationship was just a front.

He said to her, “You do not need a bodyguard.”

She smiled, “You were cool under pressure. Most people I know would have cracked. You kept focus. I like that.”

There was some fine-print. The deal would have to be approved by her organization. Also, before they headed off, she left David alone in the motel for a couple of minutes while she said she was sending the drugs with his fingerprints all over them to her friends to ensure he kept his side of the bargain.

His first inclination was to run. But he stayed sitting, frozen where they had been talking.

There were not a lot of jobs around. The offer was better than anything he could have found. It was almost too good to be true, and when Labrinth saw doubt cross his eyes, she peeled off the cash for the first two months. It didn’t help that the risks were worse than anything in his wildest dreams. He had spent a lot of the past day frightened Labrinth was going to hurt or kill him.

Then this morning she had apologized and made amends of a sort. She had explained her mission. She was looking for another agent from her organization that had “gone rogue” and had to bring him in. She said she was not looking for trouble, and the other agent might be quite happy to return.

Still, having seen a little of what Labrinth was capable of, David wondered what was ahead. He had done a little bar work and been in a couple of scuffles outside Nowra pubs, but he assumed that this was not what was on offer.

Still, when Labrinth returned and looked at him, he nodded. She thanked him, “First stop, town.” They drove into Bowral to buy Labrinth new clothes.

At first, Labrinth had to coax David into his new role. He felt awkward and was still half inclined to bolt. She checked clothes with him, watching his eyes and asking about how a blouse or skirt might be received.

When finally she disappeared into a changing room, the young shop assistant turned to him, “Your girlfriend? She is gorgeous. Excuse me, but are you from out of town?”

David stammered, not sure where this was leading. Experimentally he started, “She keeps me on my toes.”

Warming to the role he continued, “I have a block up in the bush. This is our first time in town for a while.”

The assistant continued, “Thought so. Cute clothes, but. Do you think she would be ok if I gave her some advice, about things?”

Labrinth appeared from the change room ready to model. David told her, “Do you mind? I have asked for a bit of extra help because we do not get into town much.”

Labrinth paused for a moment and said, “I am happy to take advice. But I want to get stuff you like,

Labrinth and the assistant disappeared into change room together. David let out his breath and found a place to sit while the assistant moved into a different operating mode, collecting a far broader range of garments and undergarments. David found himself wondering where Labrinth had put her gun.

Finally, the assistant came out and said, “Tell us what you think.”

David’s face showed it all as Labrinth stepped out.

The assistant bubbled, “Told you, Stephanie; he loves this!”

They spent a little longer than planned. Stephanie and Jill discovered that they had similar taste in clothes and men. David insisted she also bought leathers for the bike at a nearby shop.

At the counter, he also insisted on paying. Labrinth placed a kiss on his cheek.

As they left the shop, David turned to Labrinth with a half-smile of his face and asked, “Boss, should I call you Stephanie or Steph or just babe?”

He avoided the half punch aimed at him and laughed. Not quite a bag of drugs with his fingerprints on it, but sometimes a little is enough.

David suggested they have lunch before continuing. Labrinth put her cards on the table, “Look, I am pretty hyped up about the mission. I have been in some pretty isolated situations, for a long time. I am not confident with anything. Thanks for helping me out back there.”

Labrinth continued. “Look, in public call me whatever you think fits, anything except Labrinth. That is my code name. I want you to use that name when we are in private... or something goes wrong.”

Labrinth looked at him directly and said, “Yes. Might be the only part of me that is.”

David paused for a moment, “Perhaps I should not ask about this, but the explosion at the service station...”

Labrinth was waiting for him, “It was a ploy to spike the attention of the guy we are trying to bring in. No one got hurt, just a lot of noise and light. I can’t talk about the details, but key directors of all the relevant authorities approved it.”

A wash of relief appeared on David’s face. She watched him. He wanted to believe her.

She reached over to him and squeezed his hand, “You don’t worry about  that.”

Her hand was cold. David caught her hand gently, and wrapped his hand around hers, willing it to be warm.

She smiled, “I am glad I found you. I am used to operating alone. Coming back here, after my last mission, I am feeling tired and a bit out of my depth.”

He wondered whether he should ask her about that, but then just shrugged his shoulders, “You will be all right.”

She said, enjoying the warmth of his hand, “We have to get away from here. I feel like I need to spend day or two asking you questions about things. I feel like I have been living in the past. I need to get up to date. For this mission, I have to work without my usual support people. Any suggestions?”

She paused for a moment, but before he could answer, she added, “Also, I have a heap of cash we need to bank.”

David asked, “I saw your stash. You need current ID to open a bank account. You got anything?”

David thought, “Ok, we need to sort that out. You are probably safe. You can only put a certain amount into an account these days before they ask questions. I will put my wages into the bank. You can put money on my credit card, to use for expenses.”

Labrinth said, “Do not confuse our relationship.”

Labrinth said, “No fights. I am fatigued; I did not sleep last night. Thanks for your gift.”

David said, “The most sensible place to go is my home at Nowra. We can go surfing, and you can rest up for a week. It is a bit of a mess, but it is a pretty good position. You can have my bed, and I will sleep on the couch. The only trouble is that you might get to meet my folks.”

Labrinth had been nodding until the mention of his parents. Her face dropped.

David said, “My place is at the end of their block. Down near the bay where my dad keeps his seaplanes.”

Labrinth looks at him sharply, a memory stirring.

David said, “Look, they stay out of my hair.”

Labrinth held his eyes in hers unable to let go. She saw a dull jewel in his eye.

Labrinth felt the blood drain out of her face. “It is all catching up with me. Sorry, I just felt someone step over my grave.”

David said defensively, “I am out of options. I was just trying to help.”

Labrinth said, “I was just worried about getting others involved. Just being overcautious. It is a good option. Can we do it?”

He looked at her and said to himself, “I never dreamed I would meet someone like you. I hope I don’t wake up.”

At Mission Control Benedict nodded in agreement with Cannonball, “I want to debrief Labrinth. I want her back here, just for long enough to speak to her. I want you to get close to the gate and tell her personally. Don’t let anyone else hear. Do not send a signal indicating our knowledge.”

Benedict took the mike (T+60 ticks), “Mission Control here. Resume your seats. Prepare to take Agent Labrinth out of the Catalyst Timeline for one day at T plus 128 ticks. Signal Labrinth for a pickup and brief at that time.”

Power calls, “Reactor is stable again. We came close to losing it this time. I seek agreement to start building power ahead of time.” Benedict nodded agreement.