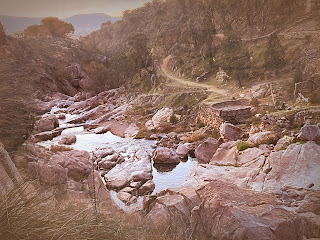 The Adelong Creek escapes the Western Mountains through a deep gorge. Here the stream is full of small waterfalls and cascades. And the sprawling ruins of old gold workings, complete with arched bridges and swimming holes. Here the stone was crushed, anvils rang and hard tales whispered. As night falls, it becomes easy to think this the work of a dwarven crew: perhaps Hulnik Halfanvil and Belnur Hardtale. 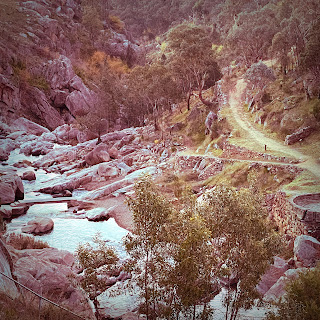 This is a place to let imagination soar but it should be leavened with an appreciation of its grim real history. Many Australian cascades and gold mines sit closer to together than we might imagine - many distant falls were discovered, worked and only remain accessible because of miners drawn by the lure of gold.

In recent years the site was impacted by fire - but the paths and trails have been restored, and the true provenance of the gold workings identified. The nearby town of Adelong remains a beautiful gateway into the western alp country, and an access point for adventure: both trails and kayak. While Adelong and nearby Tumut were were touched by the ravages of the fire, a little further to the South, Batlow and Tumbarumba suffered great hardship.

I have ventured here a couple of times - closer to the fires, the rock faces showed charcoal traces. More recently, this is becoming less obvious. 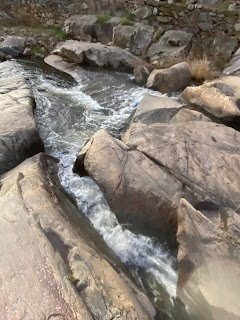 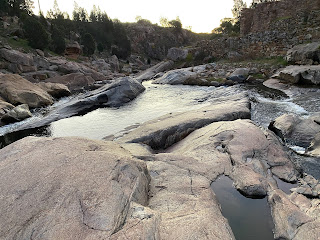 This is #8 in a series of Lost Falls of South Eastern Australia - the Index Page is here
Labels: Falls Lost Falls wild