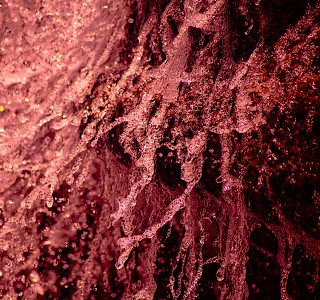 By the time she disappeared, many hunted her. They all hunted for her without success.

At the first opportunity, she stole a car abandoned on a nearby farm. And then she drove through the night along empty roads, her mind set against the raging voice inside her head. Finally, grim determination set her mouth.

The car ran out of petrol just outside the Port of Eden, so she rolled it over the edge of a rainforest. Then, just before dawn, she walked into the commercial wharves. She found a New Zealand trawler being hounded out of the area by rumors from the North and cadged passage to their home port on the South Island of New Zealand.

Arriving in Christchurch, she stole another car but abandoned it when it started to attract attention. She walked the rest of the way to the Hospital.

She drank coffee at a street-walk cafe, ignoring all the talk of war and destruction around her.

Then she disappeared once more, this time into the park to sit on a bench, wait for nightfall, and rest. Not to think of the past. Not to talk to anyone about anything. She had just one aim in mind.

After nightfall, she had to fight for the bench, but she had found an iron bar and was more terrifying and more desperate than the others sleeping rough.

She let herself remember only one nightmare. Being a small girl, lying in bed, listening to her mother telling stories in the half-light. Stories about flying. Of feeling the wind in her hair. Of lifting into the air with her arms held out. And her mother's voice, telling a story:

"You cannot kill the dragon. You cannot resist the touch of the dragon's smile, eyes, or words. In the end, all you can do is not become one."

Finally, she fell into a deep sleep.

She dreamed of the road to the West, out of the Canterbury Plains, which finished near an old wooden barn. In her mind she followed the track which continued to a small brook, across a stone bridge and an old stone house. She wanted to breathe in the smoke from the chimney and see the glint of early sun off the windows. But most of all, she wanted to sit in the comfort of the old lady's soft accent and her smile.

Anthem knew a bargain would need to be struck with the old lady. She knew what the old lady would demand.

Anthem could already see her turning to show her; around her leg, one scaly leg, a shimmering band. Around the band a slight, insubstantial rope, as fine as spider's thread. And then the old lady would look at her and say, "Cut this thread." But for now, she put that out of her mind. Instead, she concentrated on what the old dragon lady had once promised:

"We can fly to the end of time and back. We can go to any point in the past and force a new path, with the slightest breath, one sweet kiss, a single drop of blood."

Some places in our world are thin, weak areas. Places where you can go to sleep in one world and wake in another.