One New Year resolution was to finish rebuilding this Titanic, an Amati / Hachette wood and metal model (1:250 scale, about 1090mm).


My first attempt at building this was a disaster. Gloss paint was a big mistake. Still, I persevered to a point where the hull was painted and a hard gel was placed over the paint. The result was terrible. Unsure of how to proceed, I put the ship "on ice", incomplete.


This year, armed with some guidance about how the original paintwork would have been observed I elected to finish the model with a flat finish.

I started by stripping the existing hull paint back and carefully restoring the condition of the hull surface. This slow and difficult task involved melting the gel surface before stripping the gloss paint. I removed all the paint from the surface, but stopped at the surface, choosing not to remove colouration that had penetrated below the surface. Instead, at that point, i concentrated on achieving a smooth finish. The task was manageable over a couple of days, when i focussed on 1/3 of the hull at a time rather than trying to do the whole thing at once.

I then repainted the hull. The new anti-fouling paint scheme is a mix of Tamiya acrylic flat paints: 2:1 Hull Red and Flat Red. The muted red/brown tones are a far cry from the initial scheme, emphasising the bulk of the vessel and the hull reinforcement without overwhelming the rest of the detail. The combination gives me a color similar to that used by contemporary artists who painted the disaster. The flat black hull actually looks metallic.

Now the main hull repaint has been finished, a period of detailing the ship to finish it. Before adding final details (yellow hull stripe, flags, life floats (5), small boats (2), davits and safety fencing) i tested the ship in a variety of light settings, including a quick swim. With the hull in the water, the ship suddenly lost its sleek lines and became huge. 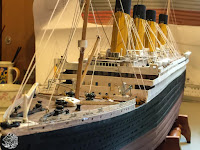 And a final coat of paint and some flags. 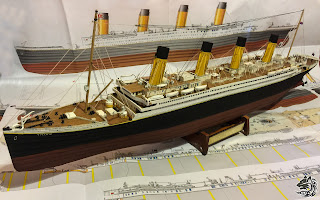 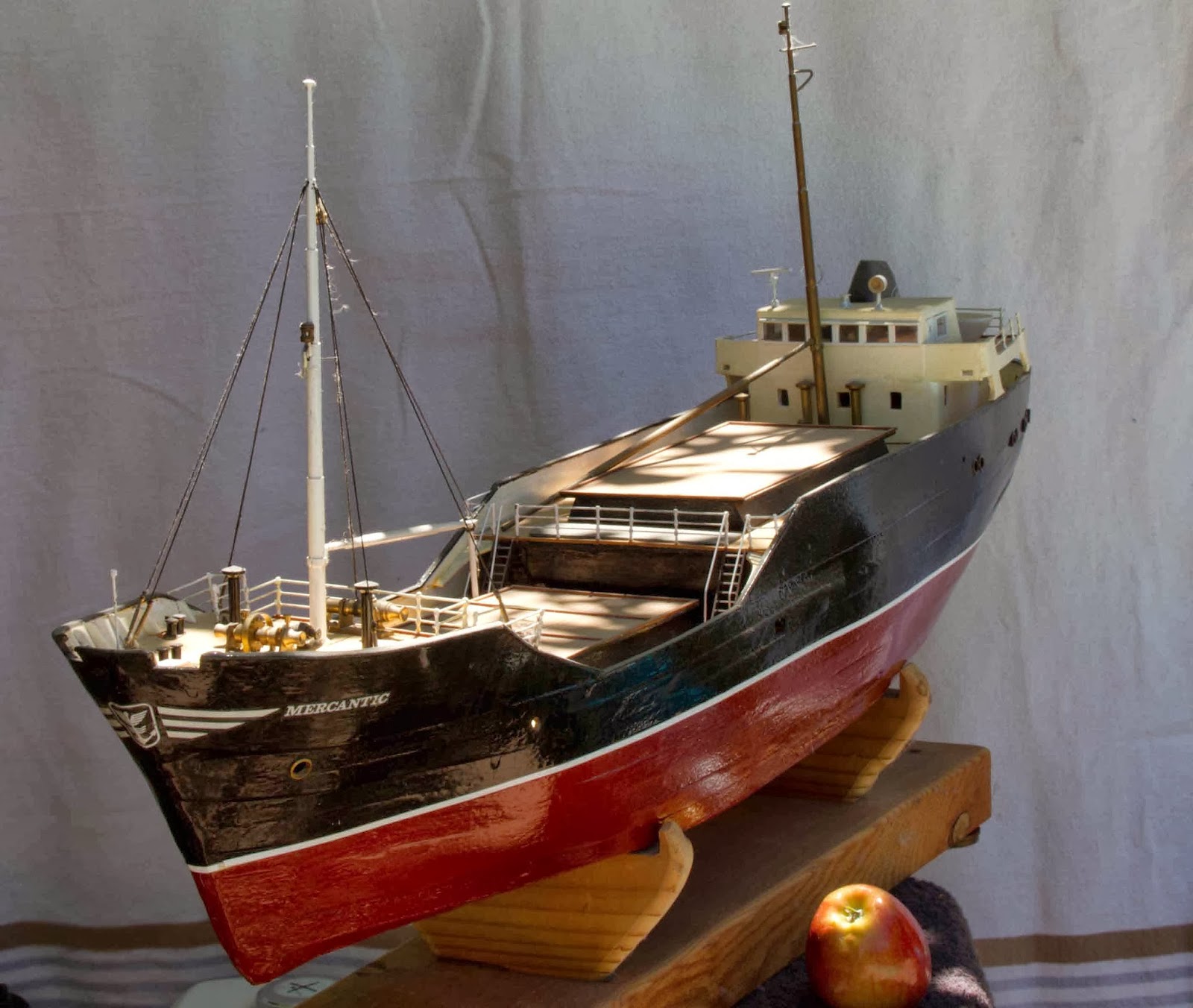 I like working out how things work, but I didnt ever think I would spend time on a merchant carrier. One day I came to my senses and stopped.
Labels: Models Sailing