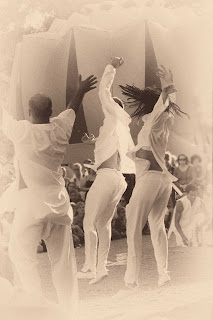 Do not to tempt fate by mixing mortals and gods.

A princess of Troy was gifted by the Gods with foreknowledge of the future but cursed with the fate that no one would believe her.  I spend a lot of time thinking about poor Cassandra (especially when my latest plan for saving everything isn't immediately adopted).

While relatively young, Florence Nightingale wrote an essay on the position of women in English society calling on Cassandra:


“Women are never supposed to have any occupation of sufficient importance not to be interrupted, except ‘suckling their fools;’ and women themselves have accepted this, have written books to support it, and have trained themselves so as to consider whatever they do as not of such value to the world or to others, but that they can throw it up at the first ‘claim of social life.’ They have accustomed themselves to consider intellectual occupation as a merely selfish amusement, which it is their ‘duty’ to give up for every trifler more selfish than themselves.”

In an early version of the essay she concludes:


“Oh! call me no more Nofriani, call me Cassandra. for I have preached & prophesied in vain. I have gone about crying all these many years, Wo to the people! And no one has listened or believed. And now I cry, Wo to myself! For upon me the destruction has come.”

In 1982, the Australian musician Jon English wrote song about Paris, a prince of Troy, to see whether people actually listened to lyrics.  From 1989-90 he recorded Paris, a powerful Rock Opera backed by the London Symphony Orchestra, retelling the story of the fall of Troy.  In it he deals with a couple of themes including that of the princess of Troy, Cassandra.  I do not think this ever got any coverage outside this country – I suspect few Australians know it either.  I saw the premier stage performances in both Sydney and Melbourne.


"But there is something you must not reproach me for The precious gifts the Gods lavish on a man Even though he might not chose them if he had the chance."  (Paris John English)


Success seems such a fickle god-given thing. Perhaps Florence was thinking with her heart when she despaired (and thought of Cassandra) - but with her head when devising nursing practice for the Crimea. And perhaps English's reward for creating from the heart was Cassandra's curse.
Labels: TheoryCrafting