Of the Night Fall, Short Story 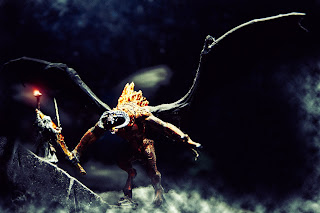 Clouds drift through the hills, like warm winter sheets hiding moist vales and tall gums.
Freyja touched the Thief’s nose and calls for a story about her, told to her. She leans back, her eyes, wide open.
A story told to her, where she can see her eyes and no one else’s reflected in his. So, he told her this story about the coming of the wolf age. But her eyes dimmed as the night deepened, and fell asleep asmile.
This is the first story the Thief told Freyja.