Early settlers saw the advantage of commercializing a number of the Blue Mountain falls around Leura and Katoomba, and places with views fell quickly into the clutches of investors. Over the years, some of these areas have returned to public hands, while most attempts to build great spectacles have fallen into ruin or near ruin.

Leura Falls Creek hosts a number of falls - most are inaccessible. 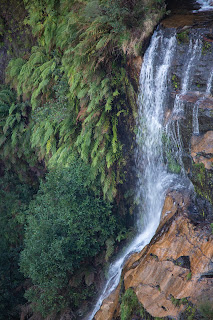 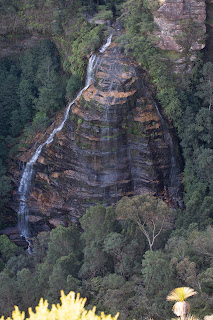 The ferns are a favorite 'features' of these falls which i look for when i return here - they are always a little different. 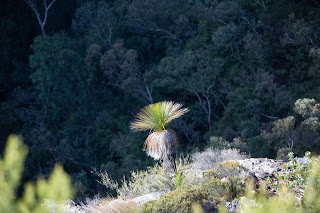 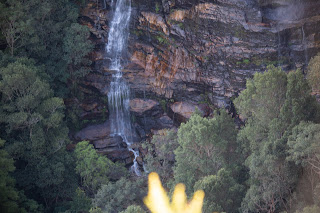 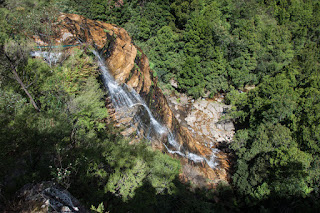 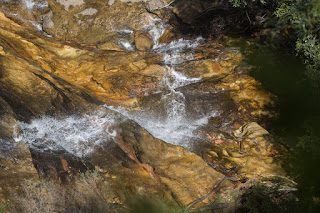 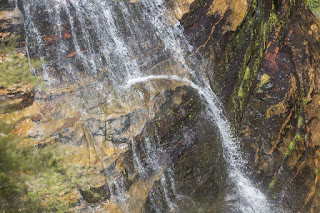 The Leura Cascades are very accessible by car, bus or train.

This image was taken from the western cliff walk, via an unnamed (but very safe) lookout that starts with a beautiful walk through the top cascades of the upper creek.The Blue Mountains is a dangerous mishmash of paths that, as often as not, will lead the casual tourist over the edge of the cliffs that abound. Even on high use tracks, basic signage is missing, and people must be very alert. Recently, I have travelled a dozen of less known paths to falls that were feted in the 1880s, only to find every single one in ruinous condition (and where a location is too dangerous, I have hesitated posting pictures). It is good to find this one in excellent condition but it is an exception. 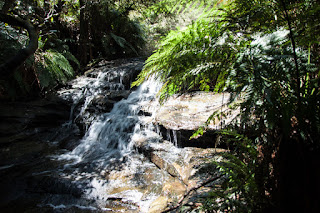 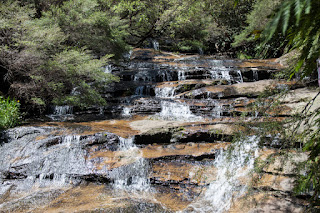 A series of cascades with a large plunge waterfall. While the cascades are easy to locate, a view of the waterfall may take a longer walk, and is not well signposted. Persevere and you will eventually find a number of vantage points (and views of other features, particularly Orphan Rock).

Controversy reigns over the name of this creek and the waterfall. Recent studies of recorded conversations dating back to early settlement suggest that the present name was adopted from a first people name for something completely different, possibly by an early developer looking for a catchy name for this place. 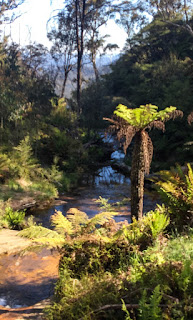 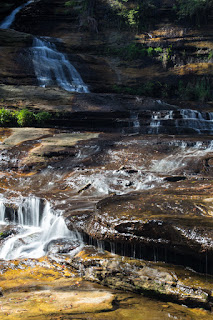 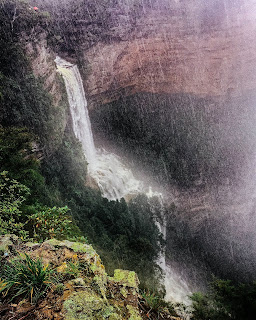 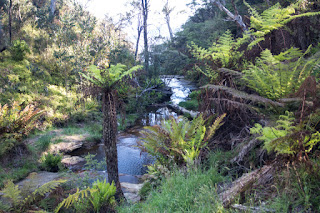 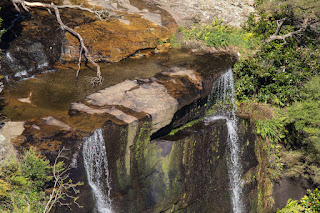 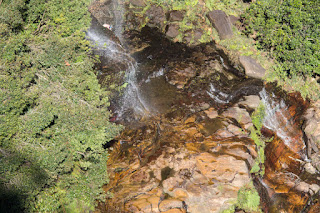 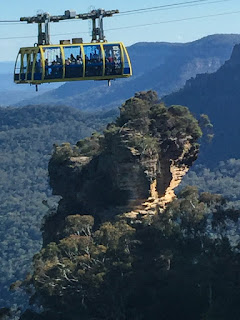 Note the danger of swimming under a deep plunge. At the top of the waterfall is a large broken branch, partly in the flow. Iin the pool at the base of the fall was a swimmer, perhaps unaware of the danger.

For a long time, I was sure that the "mustache fall" was just a myth spread to attract the unwary. It tends to disappear in dry seasons.

It is probably a good lesson for me to be cautious with signs  or maps that simply point to a waterfall (i am sure i ended up on top of these falls on one expedition). Instead, look for signs of a lookout or vantage point (although finding a vantage point relying on on-line maps for this fall is tricky - and the on-ground signs are confusing). This shot is from about 1,000 paces, down a path that has seen better days. 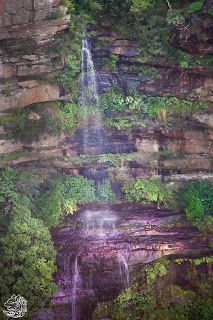 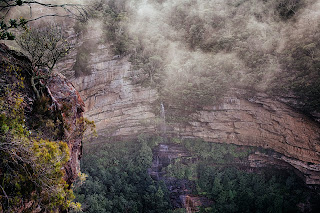