I like building ships, and find that I have spent some time building a number of oar-propelled boats, from the Bireme Greca to the Lake Champlain Galley.

While armed, most galley warfare was accidental - with a couple of singular exceptions, they were very inefficient fighting machines. They were really designed to move troops (a bit like the land based light horse divisions). 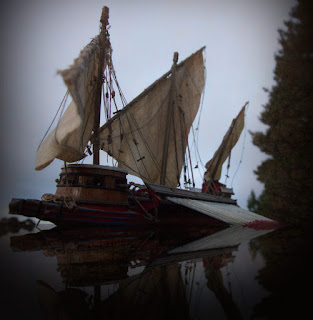 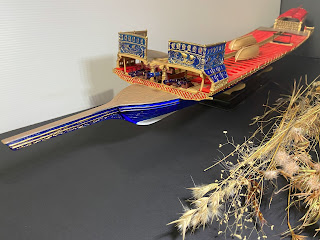 The original galley was 66m (stem to stern), 10.2m (beam amidship), 30m (beam including oars) and 42.8m (height keel to mast head). A key component in Mediterranean fleets (and the Great Lakes of Northern America) these were used as troop carriers (a bit like cavalry) unless becalmed conditions gave them a tactical advantage. I have not found a reference to naval engagements for this ship - perhaps it was not risked. 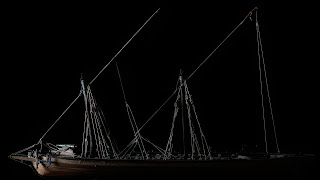 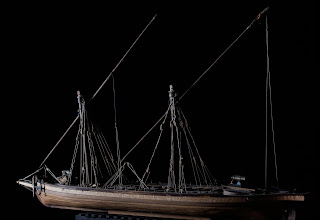 This is a wooden reconstruction of a 70-ton American galley built on Lake Champlain in 1813 and involved in a decisive naval engagement with the British fleet in September 1814. The ship was mainly propelled by oars. This was one of the last engagements by major powers involving galleys - perhaps the last being during the Crimean War in 1854. This is one of those odd occasions where the strategists did something unexpected, deliberately creating a purpose-built weapons platform. Perhaps the lake itself made this a sensible option. 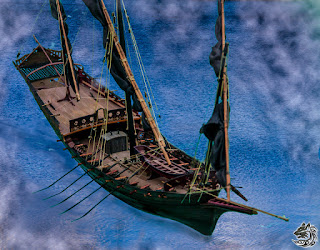 A French Xebec commissioned in 1750 by Minister Antoine-Louis de ROUILLE, Count of Jouy. Widely regarded as the high point of this style of Mediterranean raider (here shown becalmed with 10 oars (25%) extended for shore navigation. 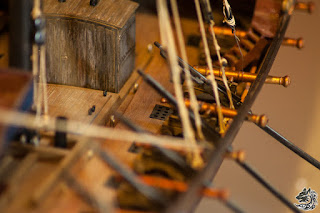 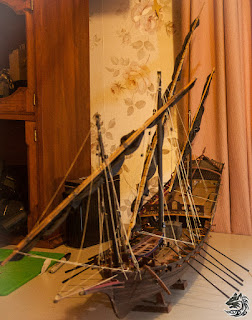 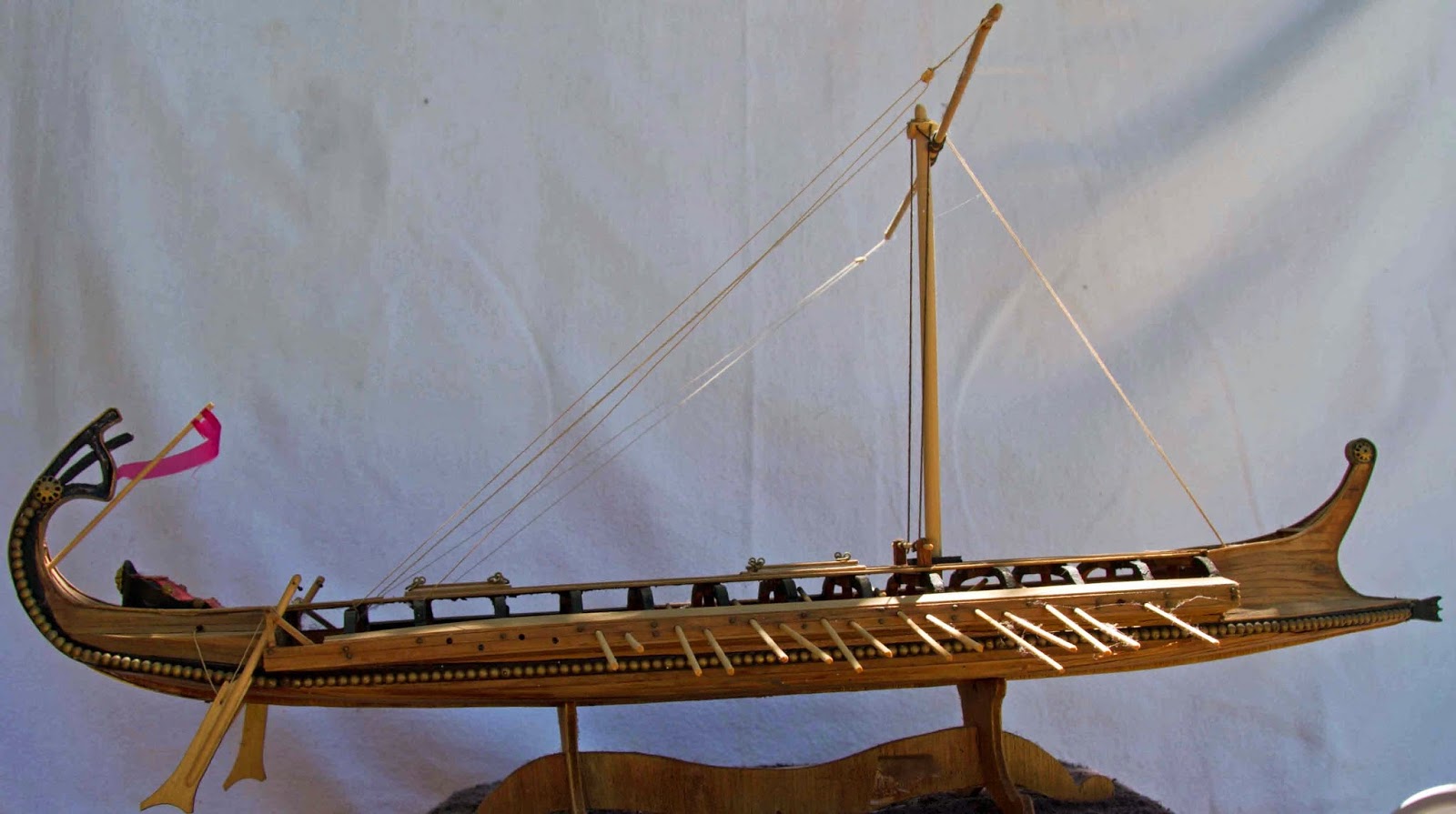 The oars used to have pretty red blades. A cat took care of them.

I built most of these models a couple of years ago. I give all my wooden boats a spring clean each year by turfing out the spiders and putting them out in heavy rain (a simple treatment recommended by Harold Underhill in his superb book on plank on frame models - Glasgow 1960).

"Harold Underhill" sounds a little like some one out of a Tolkien book - and he shared a similar history to Tolkien going to the great war, although Harold was in a mounted regiment. The slim volumes he wrote are gems, worth reading alone for his reminiscences of his life, let alone the lost skills involved in ship building.﻿

Images: In most cases above I started with a seascape duplicating long low waves, liquified the waves to create patches of still and disturbed water, cut in the galley adding reflections and sunlight, before finishing with fog.﻿
Labels: Models