I crave of thee then, that thou obtain for me Olwen,
the daughter of Yspaddaden Penkawr;
and this boon I likewise seek at the hands of thy warriors. 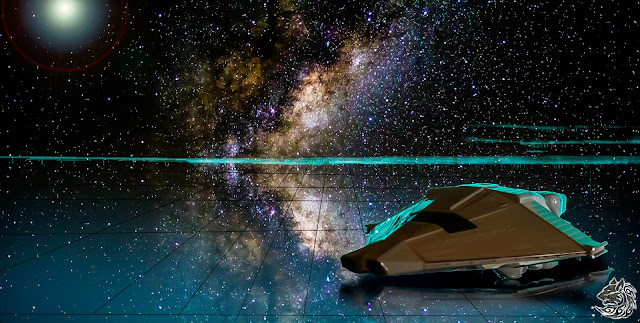 After Atlantis sank and irrecoverably took European civilization to the bottom of the Atlantic, the White Book of Rhydderch tells us that Arthur gathered his knights for one last great stand against the darkness.

You have heard the bittersweet story of Camelot, Arthur, Guinevere and the problem child Lancelot. That is the wrong story. (I am not saying that Camelot and the cup didn't happen. But it is not going to happen here.)

The White Book (confirmed in the Red Book of Hergest) tells you a story that you will not read in English books, and not just because the English never got the hang of pronouncing Welsh names, like Kynyr Keinvarvawc. And even if the English warmed to cuddly names like Olwen, their enthusiasm cooled once they found that she was the daughter of the unpronounceable Yspaddaden Penkawr who was quite good at throwing daggers.

We know the English have had problems ever since they lost civilization. (To tell the truth, i have never really gotten the hang of the English. I have put off travel over there because i am not sure i would understand either the language or the culture or places with more than 4 or 5 people, like cities. But this story is not about me, or what happened last night. Which I meant to ask you about. But, maybe another time.)

This is the (real) story of those that Arthur gathered as the world burned. And about those other knights, the ones that got lost.

Sir Cie (of the Peculiar gifts)
Sir Gwaddn (of the Bonfire)
Sir Gwefi (of the unfortunate Lips who was sometimes Sad)
Sir Morfran (the ugly)
Sir Osla (of the Big knife and who died of death)
Sir Ossol (who stands responsible for Flat English mountains)
Sir Sugn (the Sucker),
Sir Uchdryd (of the Cross beard)

It tells the story about the last knight,

and, as i mentioned earlier, Olwen.

"Dear Orpheus", I tried to start again. My words slurred, "I have a fraught relationship with astrology and commonplace dogmas, religions and humanist dialectics. I am unclear how any can tell us much about the future or guide our paths through that future (it is a little like trying to make a detailed law from human rights or religious principles - despite my best efforts, I do not think it is possible - I have tried my best and failed)."

We had been drinking many hours and those elusive questions were all now within grasp of the answers that lay littered around our lives.

The shadow that was Sir Orfeo grunted, "Their strength lies elsewhere - each forces us to consider options and possibilities that might not have naturally occurred to us."

I nod and added, perceptively, "The weakness is that those waiting for a predicted lotto win will wait in vain."

We briefly considered how life would change were the lottery determined on merit rather than chance.

I continued, "This year, astrologically, all of my friends would have variously become happy, treacherous, loyal, ill, pregnant, menopausal and cancerous. Few have actually transpired - but each prediction forces contemplation and allows a sequential focus on a different possibility. Other dialectics, humanist and religious, provide tools for helping to mediate a reaction."

Sir Orfeo's shaggy eyebrows lifted and he interrupted, "Once, I studied in depth palmistry. I did it to get background for something. I forget now. One of Arthur's crazy plans. I listed to a hundred and one hours of learned, umm, art, on palm crease association with behaviour. While I approached skeptically, I left with greater caution. For fun, I took on volunteers from the crew I wander with, to practice reading. It ceased to be fun very quickly, for me, for when I started to explain how a life line or health line worked, I sensed great discomfort and anxiety in the person concerned. So I always trivialised and ended the sessions in fun, rather than being serious."

He took a long deep drink and hacked a cough, "Don't think you are immune. Despite you living in an age dominated by secular scientific humanism, you are just a heartbeat away from reaching for superstition. All around us is a battle between the comfort and stasis of certainty, and the desire to dance in the winds of uncertainty."

He faded as the bar closed and I was hunted out into the cold and the Brownstones.

Sir Orfeo shuffled along behind me, a black dog in the lamp lights. He mutters

"Come!
In evening's hush, through melting snow, arrive here at your goal
Ignore the mill of explorers, slavers, and banking crows left behind.
Trust your surrey to drug-stained hand. Climb the brownstone stairs.
Stamp ice from leather boots. Trade bitter truth for furnace coal.
And, leave your earthly cares at the door, together with your gloves."


I feel him touch my shoulder and he pulls me into his shadows.

(Manhattan: The night before the last day on Earth)
His friends sent Sir Cie to buy drinks at the bar. Instead, he was wolfing down the remnants of a meal at an abandoned table and was staring out the plate glass windows down onto night-time Manhattan.

A group of waiters watched him from a safe distance, debating their next move.

Outside, the lights of Manhattan shone like a hundred thousand stars, interspersed by a couple of black holes. The din inside his mind started once again, and he clutched his head in pain. Cat Ballou drew up chairs. Richard Harris followed in a haze, his long and odd-looking overcoat getting tangled in the tables he passed. While Richard lit up a cigar, Cat placed a revolver on the table and, with the eyes of an angel, whispered urgently, "You have to stay focused." With the hint of a banjo, she continued, "Be strong. Don't let them out until we have a plan."

Sir Cie groaned as Sir Orfeo pulled out a chair, frowned, and sat down back to front. He was starting to feel crowded again.

Cat looked around and spotted the waiters and clicked her fingers, "My friends need whiskey." The waiters stayed frozen for a second too long. She lifted both eyebrows meaningfully and added, with a bite of menace, "Now."

She smiled, then looked at the mess of plates and glasses on the table and swept them off the table. Then Cat asked Sir Cie, "How many more of the lost knights are still in your head?"

Sir Cie shuddered and caught her eye. He started to count on his fingers. "There are two handfuls if I include Sir Drem (not his real name), Sir Clust, and Sir Gwiawn Cat's-Eye but about ten if I include the knights with tough names to pronounce and their dogs. And then there are the golden-chained daughters of the three islands of the mighty." He winced, suffering a lance of pain from one of the daughters.

She looked at the bottles of hard liquor hastily placed on the table, briefly wondered if she should blow the tops off but then smashed them open on the side of the table. She asked, conversationally, "Will a drink help?" Cat knew intuitively that hard liquor always helps those inclined to think a little too hard.
Sir Cie said, "A bald leech once spoke me a cure for a half headache. A good bleed and some herbs, she said."

Richard flapped out his overcoat, which looked a little like a bedspread, and a breeze from the old Andalusian Moorish kingdoms suddenly caught Cat's blouse. A hint of green rue and mustard came from the orange groves of a sumptuous palace.

Cat sniffed at Richard, passed Sir Cie the bottle, and asked, "How did that work out?"

Sir Cie shrugged, "I am still here. Despite cakes melting in the park and drums beating out of time."

Cat sighed, "We are both still here. Well, if they are going to come out, ask them to bring lunch."

Sir Cie mumbled, "I am not sure I would be comfortable eating a chicken and flat rye bread wrap whipped up by Sir Uchdryd. But that might just be me. These were wonderful times, and perhaps Uchdryd might just surprise us and not burn the cakes."

Sir Orfeo warned, "If they come out, chaos will consume the cakes and then the world. They are not what they seem."

Richard shook his head, "They are just what we need. All we need is a sensible first quest for the lost knights."

Sir Orfeo hacked a cough, "Nettles and vinegar will consume the world. Arthur intends to reshape the world."
Richard muttered to himself, "Stealing a young damsel for one of his mates is a bad precedent. Why not get a group of athletic types together and go win a cup?"

Cat shrugged, "One of my New Year's Resolutions a couple of years ago was to find some way of contributing to world peace. A futile gesture best ignored. It says more about my vanity and self-regard.

However, since then, I have, as I have had time, collected my thoughts on peace, and tried to make the thoughts both coherent and straightforward. Perhaps this is a little simplistic, but I conclude that peace lies not in the absence of war (although symptomatic and maybe a precursor). Instead can be found in the obligations we all have, individually and through our organizations, state, and private, to address core issues. With my gun."

Sir Cie yawned, "Plans are for the weak. I say seize the moment! It is time to finish our original quest and kidnap the girl!"

Cat growled, "No one listens to me. You misbegotten wretch, I just said that! As you can see, the slightest attempt at a concise explanation will put the best intention to sleep. Are they still clamoring to get out of your head?"

Sir Cie finished the bottle and threw it at the bar, half expecting it to return. Cat watched expectedly.

She asked, "Is that one of your special powers."

"A boomerang. You know one of those things you throw, and it comes back to you."

Sir Cie shook his head sadly, "No such thing as a Welsh boomerang."

Sir Orfeo turned to Cat and burped. He apologized and offered, "Sir Cie's story comes with a twist. At a time when most of the knights looked very alike under their red hair and whiskers, Sir Cie's peculiar attributes only became public knowledge because he had to set them out in paternity proceedings."

Sir Orfeo's eyes search for more alcohol. He shook his head. "The gifts listed are a little puzzling. I mean, cold hands. What gives there? And invisible burdens?"

Cat caught another waiter's eye and clicked her fingers. "A simple quest - what shall it be? Or shall I press-gang the lost knights into telling their story instead?"
(novel in progress)