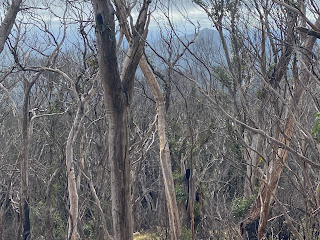 This is a longer walk, but has the advantage of following an (increasingly eroded) fire trail to the top. In the moister eastern facing valleys we heard lots of lyrebirds. Most of the area was badly impacted by fire, and some parts have perished. The track is not suitable for ordinary vehicles and there are signs that highly modified trail-specific vehicles have come to grief here as well. 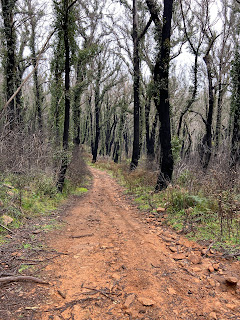 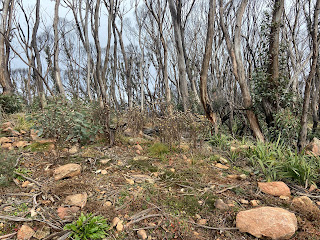 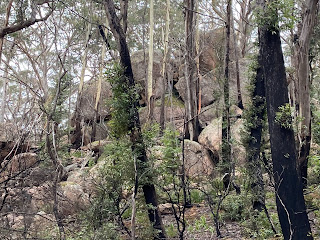 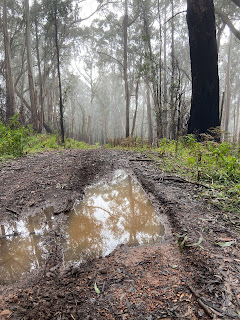 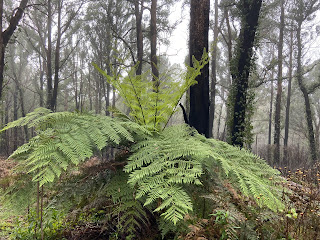 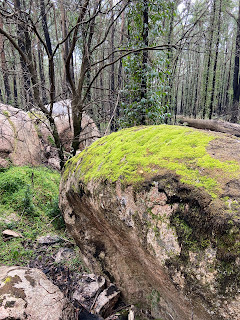 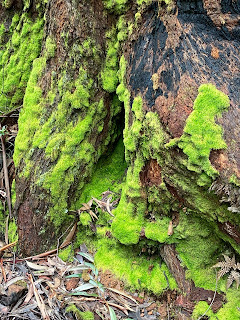 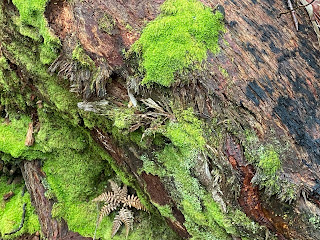 Shortly after the final ascent the road has been washed away, there is a gate and an impressive rock formation. 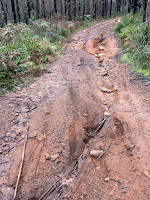 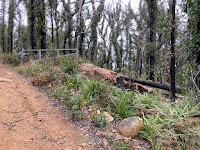 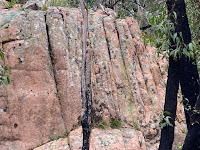 There is a tower almost at the top, installed in 2019 at a cost of $24,000 to act as a FM repeater for ABC radio to areas in Braidwood and Captains Flat with patchy AM reception (the ABC broadcasts emergency warnings and the service was deemed necessary after fires following the Sandy Hills fire in 2013, and Currandooley and Carwoola fires in 2016-17). The local council holds the license to operate the facility. 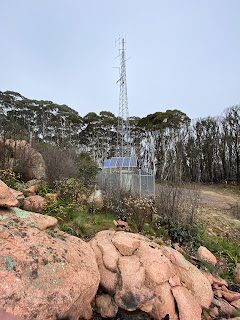 The view from the peak is full of trees, many badly burnt. 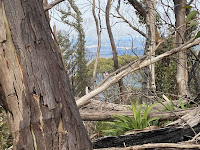 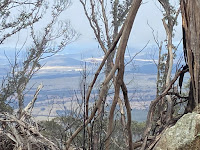 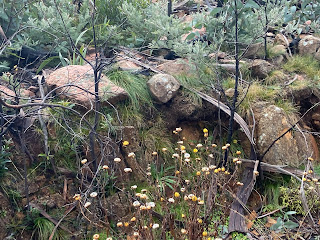 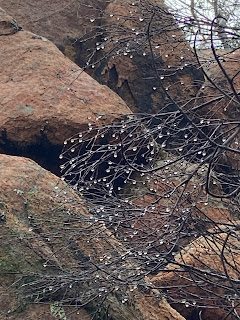 The Eastern drop, which we didn't explore. hints of moist gullies and the possibility of waterfalls. Might need ropes.

The trail trace can be found on Gaia. This trail follows a fire trail that ends at an unmanned radio facility. The nearby talus gives an altitude reading identical to Mr Lowden, but the trig marker on the map suggests that the peak is a little further on (we had a similar false reading for Mt Palerang). There are plenty of flat mountains in this part of the world, so i called our terminus far enough.