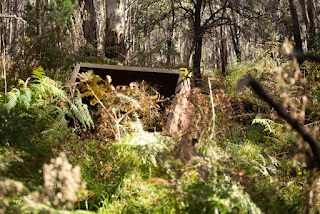 This trail follows a tributary of the Mulloon Creek from a barely running series of pools, to a swiftly flowing creek cascading over dozens of small waterfalls. A feature of the trail is a long abandoned distiller camp, including a number of old 'kettles'. 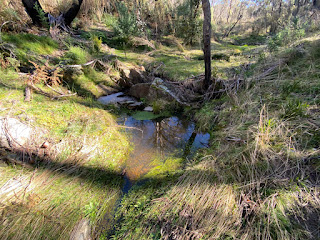 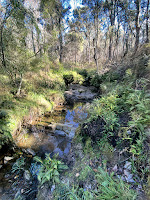 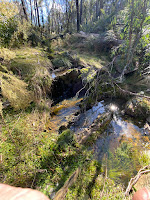 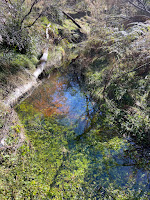 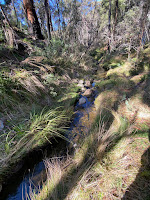 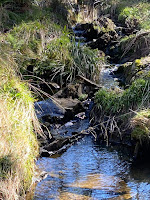 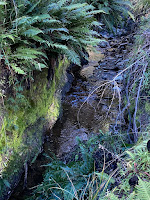 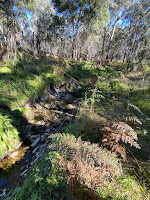 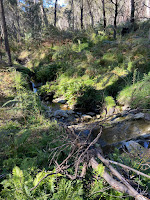 Abandoned in an old distillers camp, are three large metal stills once used to extract eucalyptus oil from the forest. Leaves would be harvested from nearby trees and placed in the still, steam added to separate the oil, and the resulting mixture of floral water and oil cooled and then separated. 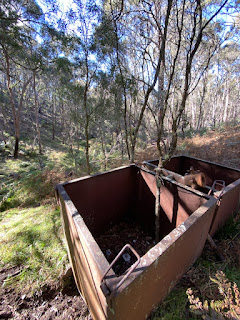 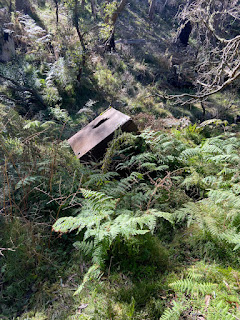 In spring, this place is covered in wildflowers and orchids.

I rate this as challenging because it takes you along an uncleared creek and in summer that will probably mean lots of scrambles to avoid snake hide-outs.

There is plenty of parking space - and the first part of the path has recently been renewed and cleared by motorbike users (take care of bikes in the bush). 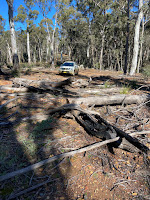 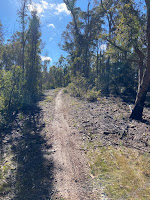 The first leg of the path will take you to a cleared area occasionally used as a camp, and from there to the top of the stream. If you would like to avoid the first more difficult scramble - simply do the path in reverse, which will take you straight to the creek in the vicinity of the kettles.

A trace of the path can be found on Gaia.