There are few natural paths from Australia's South East Coast into the interior. Yuin and Wiradjiri traces were eagerly adopted by early colonials and many remain in present day use. Others, have quietly slipped from memory. 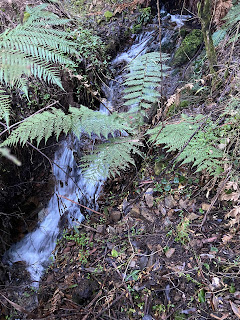 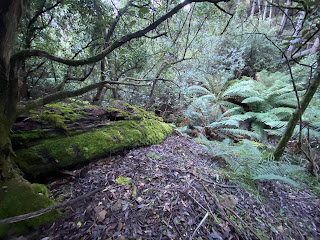 Colonials renamed many of the paths as "Crosses". A major pass through the center of the Tallaganda still bears the name "Harolds Cross" from that time. The name has been applied to a waterfall creek that falls from Mount Cronin though a deep rainforest gorge.

This loop follows fire trails and old logging tracks: the higher tracks are impassible to vehicles because of fallen trees. We start by following a tributary (Coxes Gully Creek) before cutting up to Harolds Cross Creek and the rainforest gully (and its lyrebirds). The return path descends down the steep gully as it translates from native forest to commercial pine forest (note that we found that old forestry trails departed from maps - the trace below follows trails save for the last part of the descent). 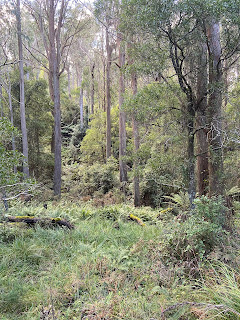 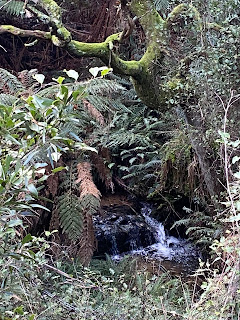 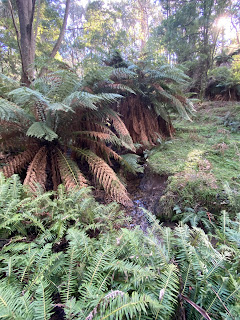 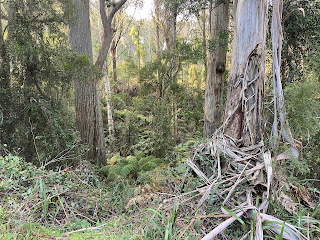 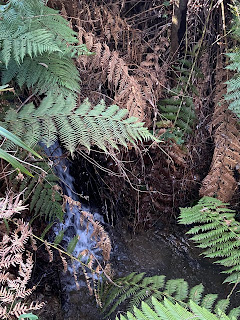 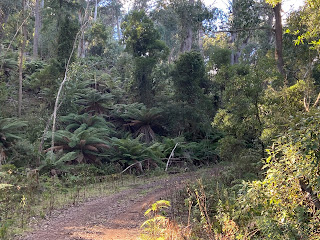 Outside the rainforest area, there are a number of massive remnant trees, although there are also signs of some native trees being felled and left to rot below commercial forestry areas. Despite accepted wisdom, we also found that tree ferns cut in forestry edges had resprouted from basal material. 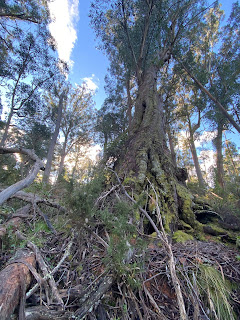 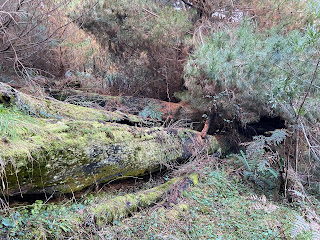 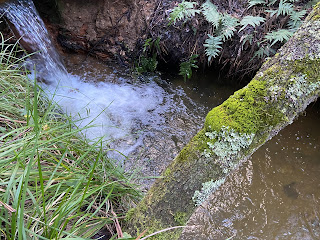 This path passes many small waterfalls - many hidden in the unburnt fern tree forest that covers the creeks. As in most mountainous regions, paths have been cut to cross creeks at the top of drops, and it is at the intersection of road and creeks that you will come closest to the small falls in this area.

Above some of the intersections are small ponds established to support forestry and fire suppression activities. 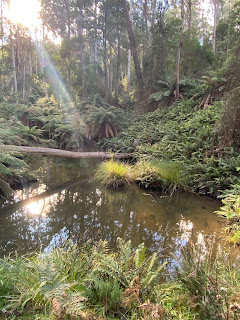 Gentle grades along formed trail although side trips to creek and trees across track will require some scrambling:

The trail trace can be found on Gaia