But there is something you must not reproach me for
The precious gifts the Gods lavish on a man
Even though he might not chose them if he had the chance (Paris, John English) 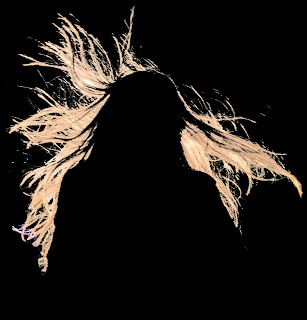 Cassandra was a princess of Troy, gifted by the Gods with foreknowledge of the future and cursed with no one believing her.

The young Florence Nightingale wrote an essay on the position of women in English society calling on Cassandra's curse:

“Women are never supposed to have any occupation of sufficient importance not to be interrupted, except ‘suckling their fools;’ and women themselves have accepted this, have written books to support it, and have trained themselves so as to consider whatever they do as not of such value to the world or to others, but that they can throw it up at the first ‘claim of social life.’ They have accustomed themselves to consider intellectual occupation as a merely selfish amusement, which it is their ‘duty’ to give up for every trifler more selfish than themselves.”

In an early version of the essay she concludes:

“Oh! call me no more Nofriani, call me Cassandra. for I have preached and prophesied in vain. I have gone about crying all these many years, Wo to the people! And no one has listened or believed. And now I cry, Wo to myself! For upon me the destruction has come.”

Nightingale was single, slight, capable of mischief and full of energy. Her friend, the novelist Mrs Gaskell said that she was "...tall, very straight and willowy in figure; thick, shortish, rich  brown hair; very delicate complexion; grey eyes, which are generally  pensive and drooping, but when they choose can be the merriest eyes  I ever saw; perfect teeth, making her smile the sweetest I ever saw."  Others thought her more elegant than beautiful.

There can be no doubt about Nightingale's love of her patients and the art of care-giving. Today, a passing facet of love is (perhaps unfairly) named Nightingale Syndrome when a caregiver falls in love with a patient (the feelings fade when the person is no longer in care).

Her contribution to society is beyond question (we owe an enormous debt to her, and those who follow care-giving professions as a result). But what of Nightingale the person and love? Or, why should we think this a question that deserves consideration.

Nightingale herself discussed the question with friends. And her views are unique and worth examination. To a cousin, she wrote:

"It strikes me that in all the most unworldly poetry (both prose and verse)  'la passion qu'on appelle' inclination is treated in a very extraordinary way. When  one finds a comparative stranger becoming all of a sudden more essential to one  than one's family (via flattery in general of one sort or another) one is content  with saying to oneself, "Oh! that's love," instead of saying, "How unjust and  blind this feeling is." I wonder if people were to examine, for as Socrates says,  the life unexamined is not a living life [ὁ ... ἀνεξέταστος βίος οὐ βιωτὸς ἀνθρώπῳ], they would not find that (whatever it  may ripen to afterwards) this feeling at first is generally begun by vanity, or  jealousy, or self love; and that what is very much to be guarded against, instead  of being submitted to, is the stranger's admiration (and I suppose everybody has  been susceptible at one time of their lives) having more effect upon one than  one's own family

One biographer hints at many suitors, all rebuffed. While still young, she wrote of a particular man:

Other commentators hint at secret liaisons as she gained the attention and assistance of the elites of the time, to press her objectives. Nightingale thought herself capable of one or many things, but not all of them. At 32 years of age she wrote: "I might have been a literary woman, or a married woman, or a Hospital Sister."

Nightingale was not Eva Peron. Of one persistent caller she thought: "cleanse all my love from the desire of creating an interest in another's heart". Deeply religious, at 28 years of age she meditated:

" I think Providence has as clearly marked out some to be single women, as  He has others to be wives, and has organized them accordingly for their vocation.  I think some have every reason for not marrying and that for these it is much  better to educate the children who are already in the world, and can't be got  out of it, than to bring more into it."

"I am thirty, the age at which Christ began his mission. Now no more childish  things, no more vain things, no more love, no more marriage. Now,  Lord, let me only think of Thy will."

Had Nightingale commenced the ascent of Diotima's ladder?

At an Athenian dinner party, Socrates related the story of his teacher, the priestess Diotima.

Diotima traced the path of love as it evolves within a pure heart - representing the path of love as an ascent from, initially, pure physical attraction to, finally, love of divinity. It starts with the love of one body and proceeds to a love of all bodies. At this stage, it slews off the ravages of time and becomes a love of souls rather than flesh. Love of people, in time, becomes deep respect for institutions and the law. Finally, this becomes a hunger for knowledge and the ignition of the spark of creativity. In time, love for love itself becomes possible as a person begins to appreciate the connections between all things and the beauty of the universe. She thought that, only then, can one touch the divine.

Or was she simple someone who thought love a distraction, to life goals she wanted to achieve?