The last dreams of Ibn Sa’id 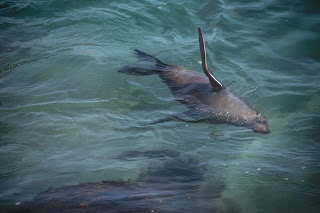 The eyes of Ibn Sa’id al-Maghribi are in shadows.

Once, they touched the spinning thread of destiny. He dreamed of riding a black stallion out of the blazing desert heat into the cooling oases of delight and sanctuary. His horse: black as night with a white blaze across its chest. Rising and falling slowly as the stallion flew like the wind. His arm was loose around her waist, like snow-tipped mountains around fields of gold.

Once he rejoiced the life-portion racing past his fingertips. He dreamed of the creatures of the deep that dream of flying as they skim through water.

Once, he relished his life in fair wonder with others. But all dreams unravel as you fall into that last long sleep, when the great destroyer takes us back: back whence we came.

In his life, the geographer Ibn Sa’id served the great princes of Northern Africa. He joined the court of the Mongol horde before it ransacked the city of Baghdad.

When not concerned with the rise and fall of empires he studied the stars and the furthest parts of the world. Nothing escaped his attention except for the continent of his heart. In his living years, he published volumes of poetry including The Extraordinary Book on the Adornments of the West. He wrote books on history and science. Finally, he drew a map of the world, with detail unimaginable to those around him.

When the thread ran out and the great destroyer came, his bright inquiring eyes disappeared into shadow. There was no doubt of his death. In those days, news of death traveled with the great caravans and was spoken in bazaars and courts, by the copyists who were commissioned to duplicate his work. But uncertainty ruled all the other details. Did he die in Tunis, or was it Marrakesh? In time, the tremendous Andalusian kingdoms themselves fell,  the ghosts left to dress in white, and a little of the magic of the world was lost.