Looking For Another you 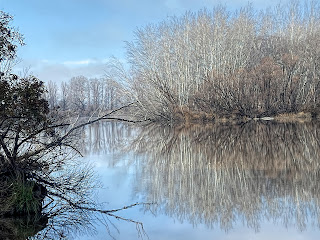 We have had cause to talk about the imps that cause you all manner of mischief. Over here, in the Never-Never we call them “wullundigongs”.

Once, a long time ago, there were no shadows. A young man, who was afraid of water, fled his responsibilities hunting on the sea, and hid from his people. He was pursued by the stone women, the Nargun who enchanted a host of wullundigong to tear him apart.
His lover, a young woman from the people, risked death to bring him a gift that would protect him from the dark spirits.
The young man unwrapped the gift. He held the bark that was its covering in one hand, and found in the other hand a sacred emblem. When he looked at the emblem, he became invisible to the wullundigongs, just as they found him.
Instead of the man, all they saw was a newly-created shadow. They tried but could not gasp the shadow. Everything he touched took on a shadow as well, and thereby the whole world has became invulnerable to all invisible things.
We are all two: one sitting within reality and your shadow protecting you from the unreality all around us.
Image: These are the still wintery waters of the Molonglo River above Lake Burley Griffin in Canberra. Once, when my work in the courts and parliament overwhelmed me, i would come here to try clear my mind.