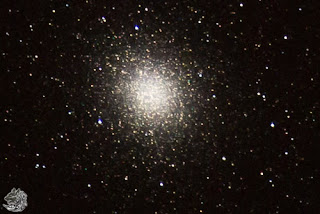 Thanks you for your interest and inspiration in pulling together this series of lectures on peace.

What constitutes a state of peace? I am not sure that all people seek peace. i think people are more inclined to seek a measure of comfort, in both spiritual and material ways. The support of a world view, a political party, and perhaps even a vocation or pastime, can all involve challenges to world peace that are not obvious. My own comfort may impact negatively on a precursor to peace.

Example One: Purchasing dates or olives from a Syrian orchard 50 years ago may have imperceptibly impacted on the availability of ground water, which when magnified at a global level, may have contributed to the desertification of already marginal land and subsequent population pressure.

Surprisingly, peace is most commonly defined in negative terms, namely the absence of violence. I have been looking for positive terms, and have stumbled over some older Scandinavian work, that argues that in the pursuit of peace it is the duty of a State to act to minimize violence (in circumstances where this is within the capacity of the State). This might be objected to on the basis that it is a needs-based methodology (but provides an appealing breadth of analysis).

Example Two: The failure of a state to deal with small pox in the modern era where it is possible to deal with the condition in every circumstance constitutes a breach of the state's responsibility to deal with violence.

We have been talking about the ambit of this project. Following our discussions, i think that my focus needs to pivot from the work i have completed over the past few years into global risk management (particularly around the ebola crisis), and focus in on the importance of addressing vulnerabilities rather than downstream risks. As i quietly catalogue each major vector of war, increasingly i discount political or religious opportunism as a primary cause and instead see in the patterns underlying more fundamental and widespread difficulties. Surprisingly most vectors resolve themselves into what i see as widespread population displacement (because of the exhaustion of ground water, salinization, widespread changes in agricultural practice or population health).

The lectures and academic papers, i have been working on in this series attempts to do three things:
i. through the concept of peace research, based on risk policy, re-emphasize the importance of population wide impacts and subsequent population movement. But beyond that, provide a methodology for dealing with the concept of peace that focuses on vulnerabilities, peace precursors (eg, the emerging digital or health divide).
ii. through a discussion of continental cooling , examine macro policies that might bring achievable immediate world wide cooling outcomes and dramatically increase accessibility to revitalized agricultural land..
iii, through a discussion of micro policies, reseat debate about localized or opportunistic solutions into a productive realm.

I am deeply indebted to the educator Monique Helfrich who has, over the last decade, quietly steered me into productive areas of research - as well as happily joined in voicing a number of animations. I adore her Demeter as part of the Gods series:

Restless Demeter joined the diaspora in the first wave
Without a care, she left the old country
wandering far as she pleased
or as the moon drove her
Hungrily seeking out the dreamers and the dispossessed
Nature chasing her footfall