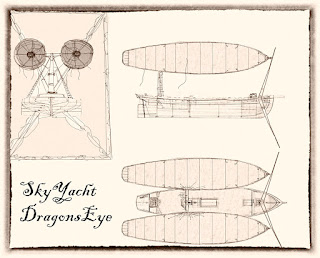 Official mapmakers have not liked waterfalls ever since the first surveyor fell over one.
Don't try to use a map to discover falls: maps are just approximations of the real world and altitudes of maps fail at water's edge. Maps 'average out' the rock shelves that make waterfalls.

The First People knew and relied on plunge pools at the base of falls as permanent water and food sources - and made stone workshops at the tops of falls. Children were named after the pools they were born near. Early colonials eagerly sought this knowledge and populated local maps with water features . They demanded that these be excluded from private landholding via a range of public parks - reserved for picnics, fishers, shooters or floral enthusiasts. Ever since, it has been downhill. Since their heyday, most have quietly disappeared from local knowledge and official maps.
In the process a lot of interesting waterfalls have been quietly scrubbed from public maps. Sometimes the reasons are understandable: these places are dangerous. Just as often though, the real reason is local landowner pressure. This hardly seems acceptable as most Australian waterfalls are on reserved public land and many of the same landowners happily take the road improvements provided where there is a nearby natural feature.

A little while back Google Maps stopped adding water features to its basic map. It turns out that some of the local guides (some of whom were local landholders) were evil and made changes that left the map in a bit of a mess. Some of this has been sorted out - but for many years one of the largest dams on Australia's longest river carried a hacked name Lake Huma rather than Lake Hume. Instead of local guides, Google has relied on government advice (which in this country does not bear thinking about). Consequently, Google Maps is a bit hit and miss when it comes to water features.

The good news is that it is now possible to curate public lists which people can follow on the map. To help find features included on the map, i have started to build a list of all waterfall features in South Eastern Australia. Of course, if Google does not add a feature (like the reopened Carrington Falls lookout or the Tulloch Ard lookout or the Fiddlers Creek Falls) this list will not include them. On the plus side, curating such a list give you access to photos from all of those people (and their reviews) who have ventured to them.