With the lure of finding Rosy Hyacinth Orchids and a couple of variants we stumbled over last year, we headed to Raggeds Falls.
The Falls were powering over the drop, and a combination of drought and then flooding rain had cleared a path upstream of a lower tributary and so we were able to finally climb safely to the top of the fall. 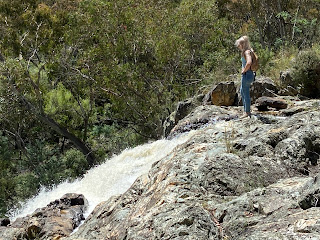 Here, above the falls, we found clear signs of a First People stone workshop with grinding grooves for a range of tools. To my eye (a poor scientific measure), the most recently used appeared to be weapons grade tools while the general purpose grooves appeared to have not been used for much longer, which seems to match some of Gale's observations in the Braidwood area. 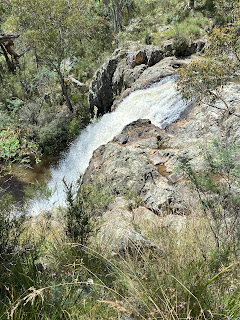 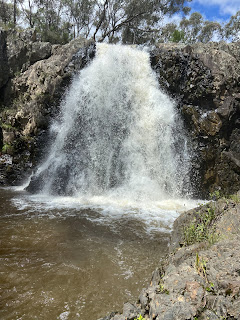 The path in was full of summer wildflowers. (Early visits and maps are here.) 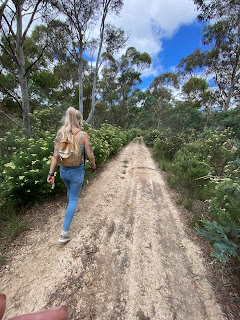 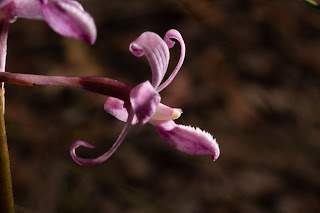 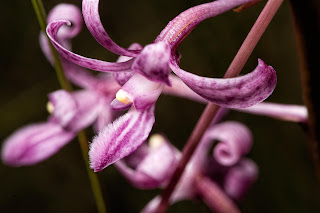 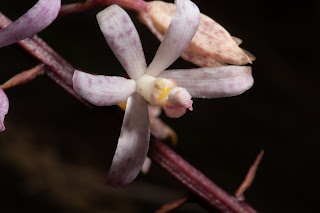 As an extra bonus, we came across a ton of the relatively unloved Onion Orchid. 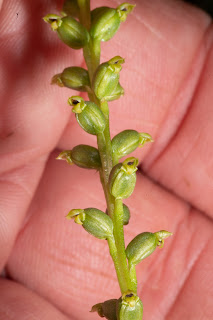 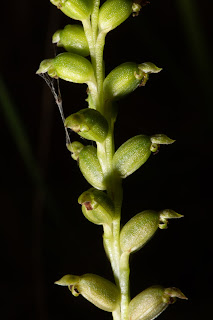