Yellow-tailed Black Cockatoos are large monogamous parrots that mate for life. The male has a red eye surround while the female has a grey surround. 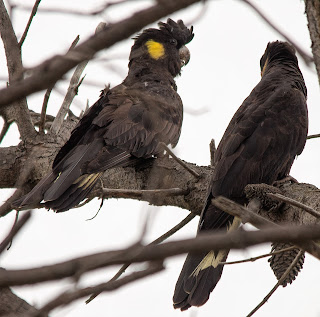 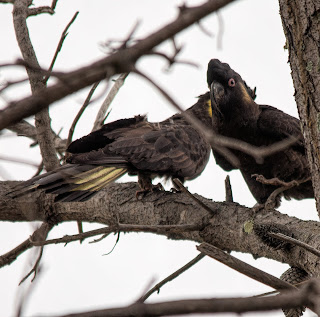 I am very fond of these birds. They fly slowly but confidently - a bit like large powered kites - couples singing strange songs of exultation to each other as they go. I assumed that they would be particularly vulnerable to the bushfires that swept through their feeding grounds (and they only rear one chick a year) but large flocks have returned to the Tallaganda Wilderness.
They feed on pine cones and grubs in dead tree branches - and it is not unusual to see them snap pine cones from trees and fly off with them.

Before mating, the couple exchanged food (here the female is hunting for grubs in a decaying pine branch). Following feeding there is an extended period of play - involving the male flashing his yellow tail feathers and turning upside down while the female takes to the air returning to her original position. 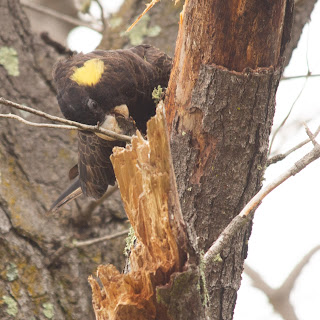 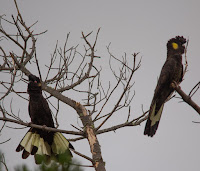 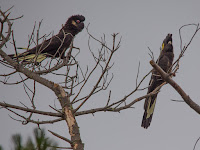 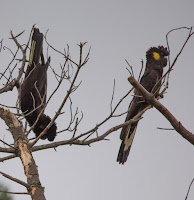 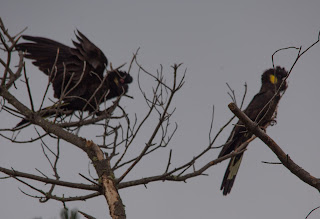 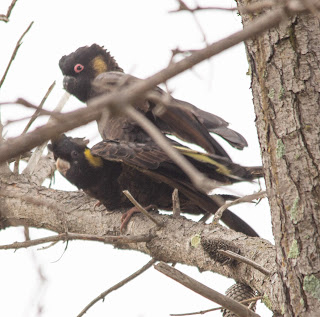 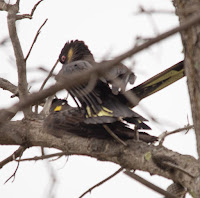 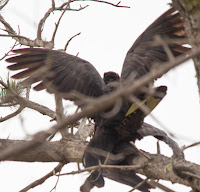 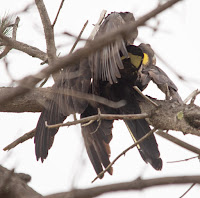 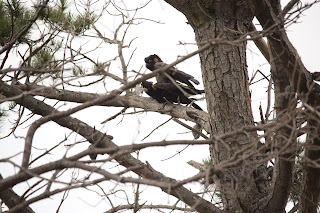 Following mating, the parrots placed heads together and sat together quietly.
Labels: wild