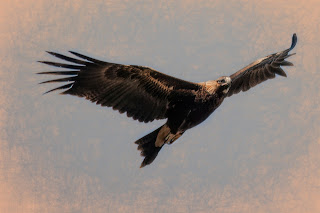 Very big birds, like the Australian Wedge-tailed Eagle, occasionally get stuck in trees, especially if they are young and landed at high speed. It can sometimes take them a little while to figure out how to get untangled without anyone noticing. 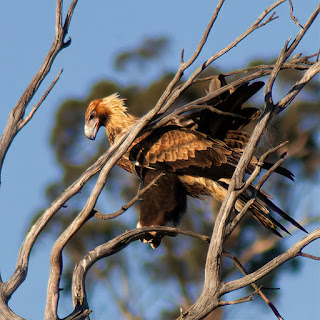 These eagles, the largest in Australia, are called Munyunga in the Yuin language group. Because of the distinctive wedge tail, they are commonly called wedge-tailed eagles.

They are large - mature birds can have a wingspan of more than 2m (7') - and close up they are muscular and massive. To have one take off for the ground in front of you is an experience not to be forgotten. 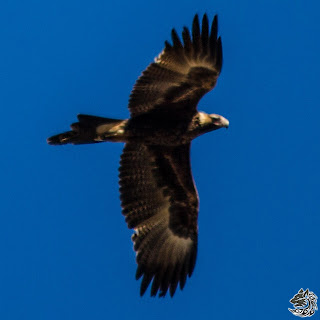 These shots - from 2014. shows the family together (female on left, child right top and male lower right). When the male departs, the female flies to child and commences grooming. Finally a shot of the child alone (note wing feathers out of place against a small branch) and a final shot as it flies off. 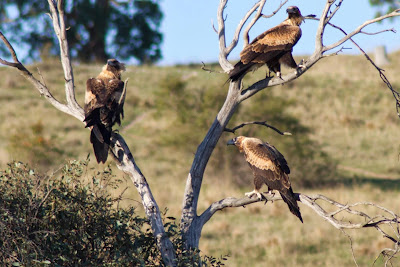 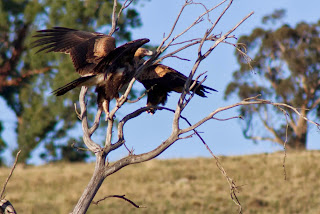 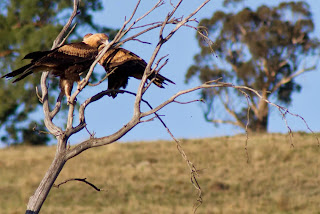 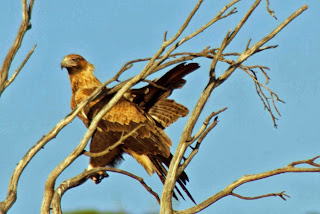 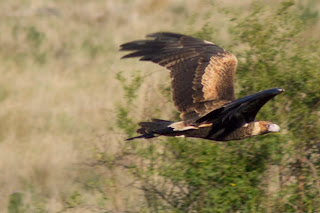 TuenaIt is more usual to come across a solitary eagle. They have the unnerving habit of taking off by flying from their tree into the clear space of a road - and they are so large that, for a moment in time, they fill the road. 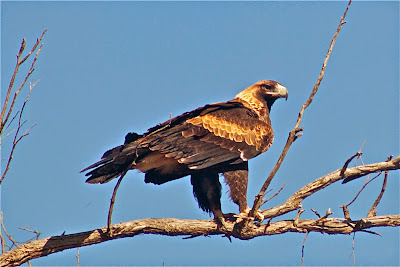 Anonymous said…
Meanwhile, I haven't been able to get a decent shot of a young city pigeon taking his first flight off my own balcony.
I'm not sure people appreciate the amount of time, timing and patience that gets into taking birdshots as good as these.
Thursday, January 13, 2022 at 7:23:00 AM PST