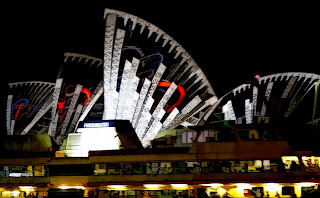 You asked me to elaborate on my argument that slavery remains an issue in our modern society.

When Arthur Philip was appointed as the first governor of New South Wales in September 1786, he set out his plans for the legal structure of the colony, writing:

“The laws of this country (England) will of course be introduced in New South Wales, and there is one that I would wish to take place from the moment his majesty’s forces take possession of the country: That there can be no slavery in a free land, and consequently no slaves.”

In 1786, the great debates in the English House of Lords to abolish the slave trade were yet to occur.  It was not until 1807 that Lord Wilberforce was able to finally gain sufficient support for its abolition (co-incidentally with the invaluable support of the astronomer Dawes, an implacable opponent of Philip).

Despite internal differences in the anti-slavery camp, Philip, and every one of our foundation governors through to Macquarie held the same unvarying policy in relation to slavery.  Slavery is abhorrent and must be opposed whenever and wherever it is found.

Over the past few years, our courts have found horrific examples of sexual servitude in our cities.  But slavery is not isolated to the abuse of overseas students in brothels and western suburb sweat shops.

In other areas, we have sometimes acquiesced, and sometimes loudly demanded that this or that group of people should be subject to significant curtailment of private freedom.  In some cases, we console ourselves that the huge salaries of some of these groups compensate them for the inconvenience of this new form of servitude.  But does it really?  And what precedent has been set?

With increasing diligence, companies and governments are also happily turning to ethicists and the morally blessed within their own ranks to develop codes of conduct that apply to employee conduct.  When this effort is restricted to conduct at work, it is at least harmless.  However, increasingly these codes trespass on private conduct unrelated to contracts of employment.  They seek to apply rigid enforceable standards both at work and outside of work, covering everything from public conduct to private behavior.

They should be able to argue face to face, or set down their arguments in writing.

Slowly, momentum has grown under governments of all persuasions, to minimize embarrassment to government by restricting the freedoms long enjoyed by public employees.   No longer content with controlling behavior in the workplace, control is being quietly extended to the conduct of the employee, outside working hours in affairs unconnected with their employment.  Various specious arguments are used to justify this intrusion.

Public employees are engaged under a mix of statutory provision, contract and bargaining agreements.  Save in specific situations, this legal scheme does not permit governments to control the private lives of its employees.  Simply put, governments have attempted to exercise a power they do not have.

Can governments take this overstep unilaterally?  Probably not.  Interference in private life would amount to a substantial change to existing contracts and in many cases would amount to a breach of section 351 of the Fair Work Act 2009 - which provides:

"An employer must not take adverse action against a person who is an employee, or prospective employee, of the employer because of the person’s race, colour, sex, sexual orientation, age, physical or mental disability, marital status, family or carer’s responsibilities, pregnancy, religion, political opinion, national extraction or social origin."

The Commonwealth government and the territories suffer from a further legislative impediment.  They specifically lack the legislative power to acquire property without due compensation.  Imposing new employment conditions can amount to an acquisition of property.

The actions of any government moving down this path, is morally bankrupt.  It sends a chill through the community.  It threatens the continued employment or advancement of a law abiding  people.  It stands in stark contrast to the principled path set early in the history of this nation.

In all this, we need to accept that one government alone is not to blame.  Past governments of every complexion (aided by some judicial officers) have brought us to this point.  Our own acquiescence and inaction in the face of corporate responses to, taking one example, the horrid adventures of football players, is equally to blame.

If a private sector employee, with their eyes wide open, steps into a contract of servitude we might only be able to watch in horror.  But, in unilaterally attempting to change the contractual arrangements of public employees, governments of all persuasions cross an important line.  They walk on thin ice.

A thoughtful opinion piece which takes a different approach in relation to the decision in Banerji v Bowles can be found at http://theconversation.com/public-servants-and-free-speech-17054.

Since this note, Australian court decisions have opened the way for an individual to sell themselves into servitude.