Before labor starts, consider who should be present at birth and clear the area of sharp objects/loose wire. Separate first time mothers in labor from other alpacas if there is the possibility that your male/s may become aggressive and unpredictable (particularly if you have more than one uncut male).

Against the possibility that there is extended labor, have a plan about confining the mother for vet attendance and/or assisted birth (there are some useful on-line resources of common problems).

If a first time mother at the point of birthing leaves the herd and wanders away try to bring her back into an area where you can monitor her health. Some experienced mothers prefer to be by themselves, but with first time mothers this might be a sign of distress.

Be particularly aware of the possibility of predation - mothers and new born are vulnerable to foxes, crows and pigs.

Each birth is a bit different. With experienced mothers, you will often simply notice a new baby on its feet. This example represents about the mean for an observed birth. With first time mothers, it is a good idea to note the time labor begins to track the time.

20 minutes: At the end of 20 minutes of visible labor, the tips of two front legs protruded. 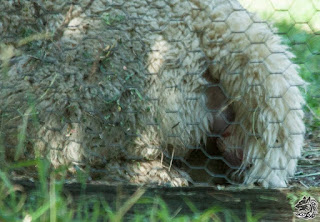 27 minutes: Front legs and part of head protrude. Baby starts to breathe and move legs. If the mother has not birthed previously, and this period starts to extend, 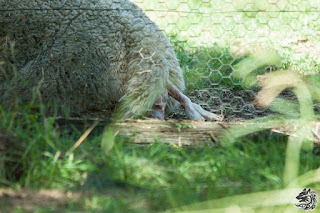 34 minutes: Head fully outside with part of neck. The mother gets up and walks a little distance then lies down again, and starts to bleat. This sounds acts as an audible signal to others, which become defensive. Male alpacas become aggressive. 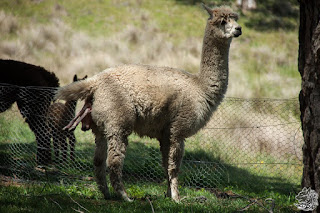 38 minutes: The chest and then back legs are expelled. Baby fully outside. Mother is very still for about a minute. Baby breaths and twists during this period. 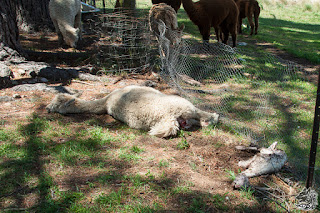 Within a very short period, the mother jumps up and starts to groom the baby, licking and drying the fleece. The baby moves into a cush position and strains to raise its head. 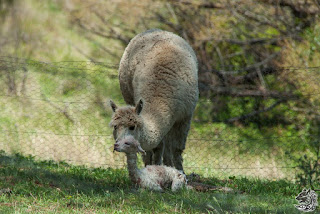 About an hour later, the baby is on four shaky feet and drinking. 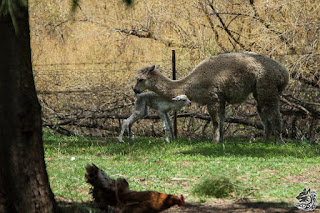 After that, others will be introduced to the new arrival by customary nose rubbing. If you are invited, keep your arms behind your back - alpacas are not sure about arms. 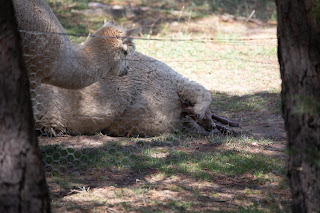 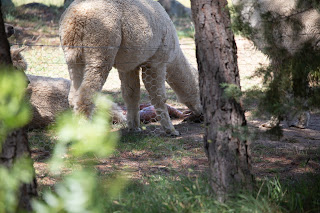 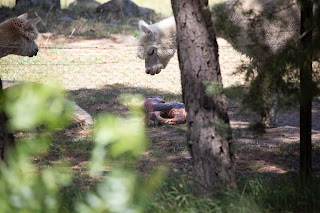 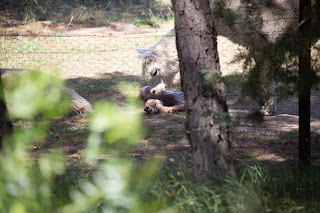 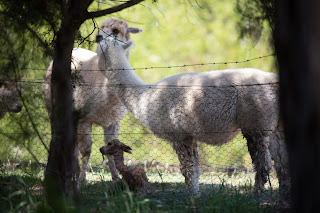 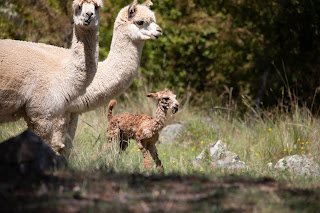 Anonymous said…
Personally I'm not a fan of birthing home movies or photos but i just realized that's only with humans, because watching these and reading about the sequence made my heart melt. Thank you so much for sharing😍
Wednesday, January 19, 2022 at 10:26:00 AM PST