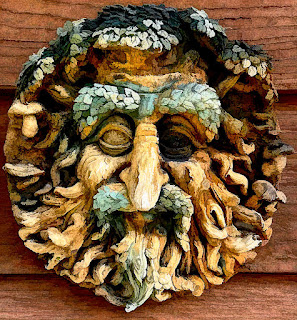 In his guide to agriculture, the Roman farmer Varro divides the year into eight agricultural periods.

The first is early Spring, which he makes sound like something out of an old rock opera... "...when the sun is in Aquarius... from the rising of the west wind to the vernal equinox."  Not by chance, even on my side of the world, Spring started with westerly winds and the advent of the Spring Equinox.

From his couch 2000 years away, Varro exhorts me to attend to a range of things:

Assisting me in these tasks are a number of aging mechanical slaves and a couple of overseeing cats, who more often than not slouch off to play soccer with mice.

"The word seges is used of ploughed land which has been sowed, arvum of ploughed land not yet sowed, novalis of land where there has been a crop before it is "renewed" (novatur) by a second ploughing. When they plough the first time they say they are 'breaking up,' the second time that they are 'breaking down,' because at the first ploughing large clods are usually turned up, and when the ploughing is repeated they call it 'breaking down.' When they plough the third time, after the seed has been broadcast, the oxen are said to 'ridge'; that is, with mould boards attached to the ploughshare they both cover the broadcast seed in ridges, and at the same time cut ditches to let the rain-water drain off. Some farmers, who have fields which are not very large, as in Apulia and farms of that kind, have the custom later on of breaking up with hoes any large clods which have been left on the ridges."

I have followed the practice of the farmers in Apulia, using a hoe to break any clods left after the second plowing and before i use the mould board to shape the ground into furrows and ridges.

Varro continues: "Where the plough makes a hollow or channel with the share, it is called a 'furrow.' The space between two furrows, the raised dirt, is called porca, because that part of the field presents (porricit) the grain; so they also used to employ the word porricere when they offered the entrails to the gods."

Having a fairly tenuous relationship with the Gods, i am going to skip the whole entrails bit for now, and just keep my head low, focused on watching out for snakes which have also woken.

Closer to my farm, I have set out three large areas for planting vegetables. Because of the number of bower birds in the area, all of these need to be completely enclosed. Large area crops - grain and pumpkins on the river flats below - do not need the same type of protection. However, each requires the same three stage preparation Varro refers: initial plowing to break up the soil into clods, a second plowing to break up the clods into a fine earth suitable for seeds, and a third arrangement to create furrows to drain water, and raise the growing areas. Soil testing has confirmed 6.5 pH - ideal for most vegetables - but experience has led me to add a rare earth mix along with rich humus at the time of the second plowing. 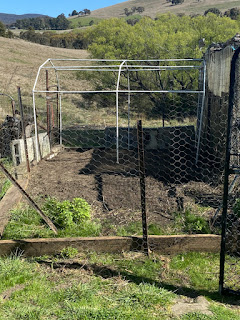 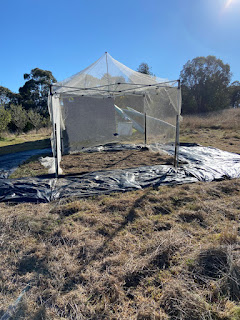 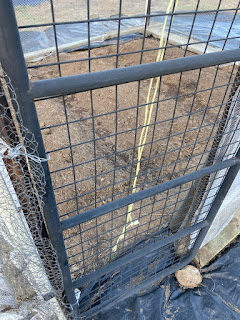 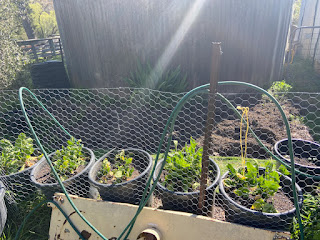 Seeds have been planted directly into the soil - but tomatoes (200), cucumbers, and pumpkins (100) are being started in a small greenhouse. Some of the early writers exhort me to plant by the light of the moon - perhaps a sensible proposal to avoid birds, or scarring by hot day-time winds, or perhaps it was to benefit from higher humidity. 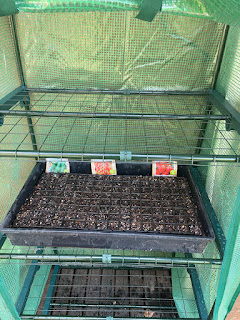 Berries and grapes have been tied up for the season and fed. 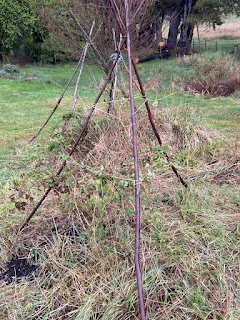 Roman agricultural writers were keenly aware that stock are the natural enemies of leafy green vegetables, and some declined to write about them in the same breath. The herd will have to be excluded from the flats when they are planted, but for now, they are enjoying free access to the emerging pastures. I am unsure how shearing will be possible until our lockdown is ended... 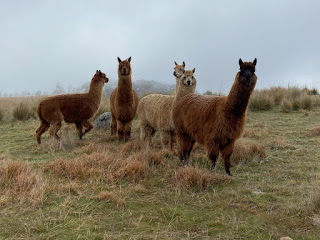