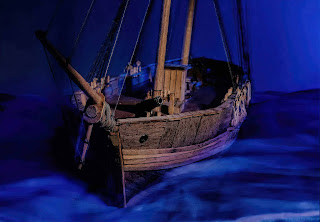 This little French frigate has had a difficult life, and as i find a little time, i have tried to repair a couple of dire accidents involving wind and cats.

To create an image of the ship in water, i arranged the model on a collection of towels topped by (for the first shot) a black cotton pillowslip and for the subsequent two a white cotton pillowslip. 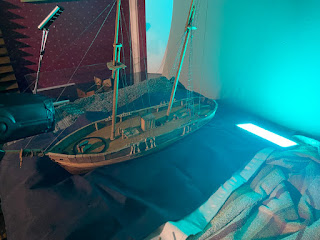 I molded the cotton into the shapes i wanted, trying to get a mix of highlights in the white pillowslip shapes - it is the shadows in those shots that give the impression of white seawater. The model was shot with a 25% speedlight and a 5 second RGB light set to dark blue and briefly passed over the white pillowslips.

In the final image, i have added a single distant wave (to correct the dip in the cotton base) and corrected a couple of small model-making errors in the original hull :)

An alternative approach is to create more rigid waves using a plastic tarpaulin placed on a cardboard box. The box and the tarpaulin can be arranged to create highlights. A problem with some of these approaches is blur caused by vibration.

The two different styles are contrasted below - the first with cotton, the last three with tarp (and post produced in Topaz). 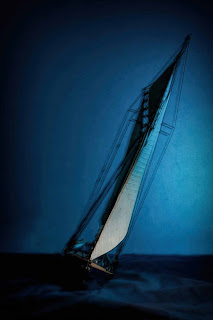 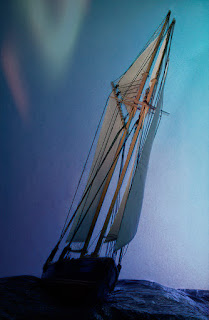 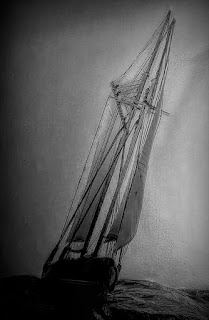 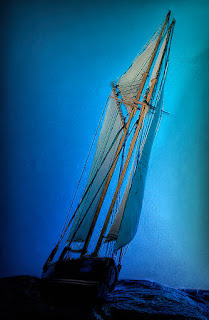 Then again, there are the tools within Photoshop - such as liquify and clone, that can give interesting results... 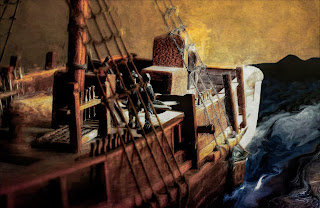 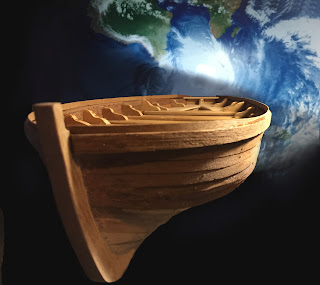 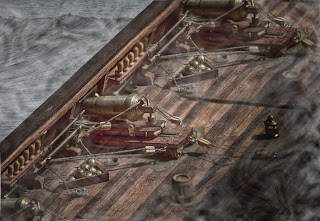 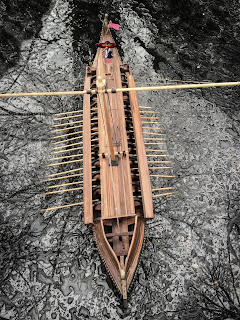 And you can always leave out the water :) 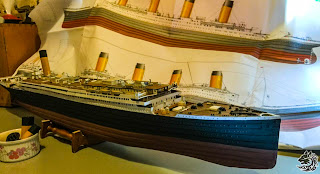 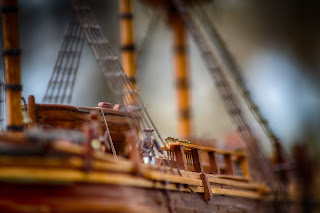