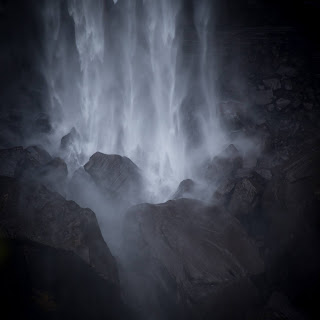 In the beginning, there was just me. Quietly being me. Satisfied that I had left childhood behind and that I had survived the random pitfalls of early adulthood. Confident that the world was out of control in its predictable way. Happy to let rogues and thieves beat up the rest of the world as long as my hearth was not crossed.

Then I became aware of you. Loudly being you. Discordant and troublesome. Carrying the scars of childhood in your ears, lips and cheeks. Angry with the world that failed to live up to your slightest expectations. Uncompromising with principle, at the front of every protest and barricade. A moth on fire.

We had nothing in common. It was an error that we met. It was to spite others that we danced. Our lovemaking was to prove earnest warnings wrong. Only in argument, could we agree.

When finally we quit the mistake we had become, we had both become different people. Now I held the flag of revolution against everything while you sought the company of wealth and power.

In that end, a new beginning. For a time there was just me. Loudly being me. Angry with the world, determined to reshape it first one way and then another. Learning the lexicon of the rhetorician, believing in every new cause, and none. Warning first of the approaching ice age and then irreparable global warming and then just catastrophic change. Winning every argument by the strength of voice and claims that my opponent was simply an adherent of reductionist reasoning. Ignoring the quiet critique that behind the case for change there was no real agenda, no economic plan, no concluded curricula of education, no road map of infrastructure building, no understanding of how to get things done differently. Just a misplaced hope that when we got there, someone would be able to point to the chapter in those unrelenting political manifestos entitled “What happens next”. But, the reality was, the writers never got there. “What happens next” has never been written, just dreamed.

A couple of years later we met again. This time with a smile in each other’s eye. I told her that I blamed her for the sun rising. She blamed me for the rain in spring. I blamed her for the touch of the wind. She blamed me for world poverty and the erosion of political liberties and to stop that awkward truth from being told I kissed her. We spent a winter locked in captivity together, loving and arguing. But, when spring arrived, left in different directions, agreed that blame was properly placed and that however much we might try, we could not be life mates.

So I began again. I left the revolution behind in the hands of another angry young woman who told me, as I left, that the last hurdle to the movement had finally been removed. I did not ask the young woman what came next because she looked like she knew.

I moved from job to job. After a decade I ran far out into the countryside, into a farmhouse old and battered. Somewhere to retreat from view.

During this time I got a job working for the state which, years before, I had tried so hard to overthrow. They put me in charge of working out what came next. Not the easy slurred futures dreamed in a bar after a couple of beers or a glass of vodka, but the hard continuous slog of finding scarce resources and shaping each into solid cold reality.

As responsibility grew, I became more stressed, until I finally crashed. In the half haze of anti-depression drugs I kept trying, but starting to fail more often than succeed.