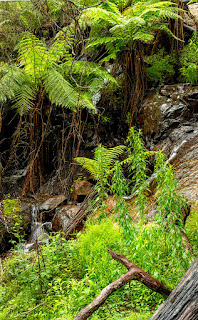 Mountain Gully Creek rises on the south west flank of Mt Gourock. A small stream, it is fed by high bogs which are charged by moist westerlies from the coast. 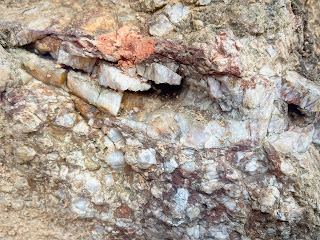 The waterfall here drops over Boro granites (pink-grey in color, often embedding quartz) to an abandoned line of road cut by stonework and a pipe. I climbed up the right side of the fall, but was pushed back by rain and lack of purchase.

Here, and higher, the creek is home to an ancient forest of tree ferns (Dicksonia antarctica) which dot its path and which burst back into leafy frond quickly after the fire. As with many of the falls in this region, tree ferns obscured the fall from this angle of ascent although occasional glimpses hint of a sheet of water falling into a slot near the top with multiple side falls. Elsewhere along these ridgelines, tree fern branches can grow to unexpected lengths and completely enclose the path of a stream or fall, pushing the flow of water underground. 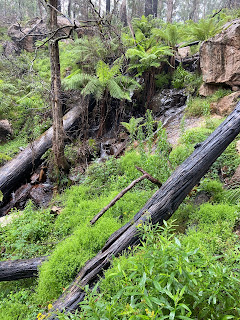 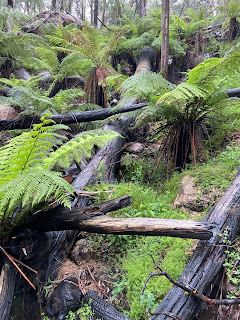 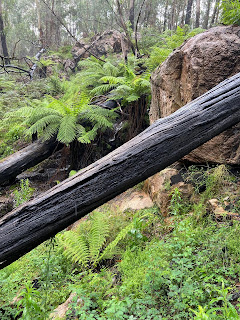 Two giant gums that once grew at the top of the fall, have fallen following the fire and wind storms that followed.

Scattered near the falls are a wealth of orchids from Diuris in spring to Dipodium and Eriochilus later. 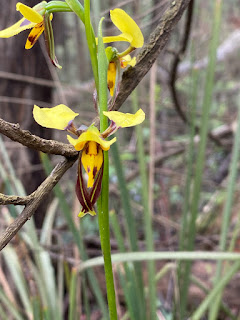 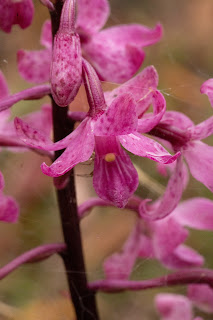 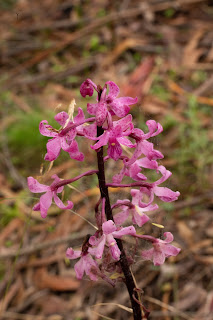 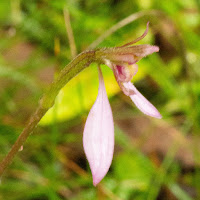 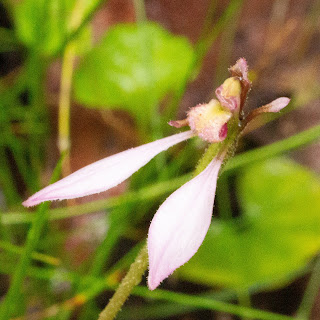 Higher, the creek becomes more inaccessible, but there are a number of small falls and races. In spring, the gully is full of wildflowers. 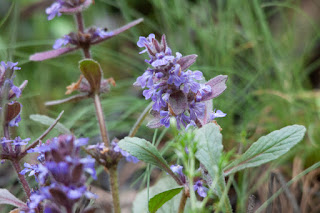 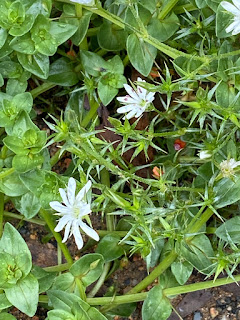 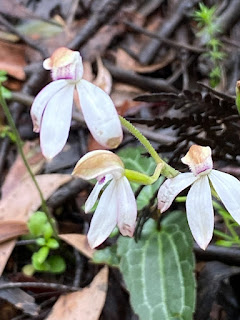 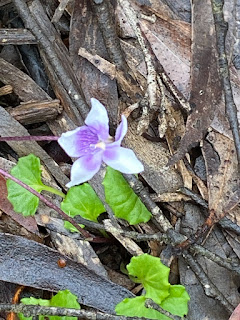 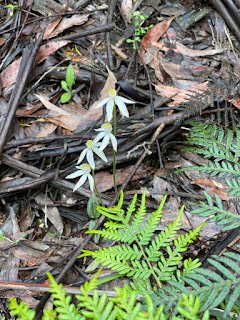 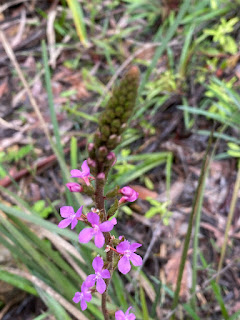 Eleftheria said…
The explorer part of me is jealous of your hikes - what we see is beautiful. Thank you for the sight of orchids I would have otherwise never seen. They're a delight.
Wednesday, February 17, 2021 at 1:06:00 PM PST

Peter Quinton said…
Thanks Lefti
It is quite exciting going to these places - it will be good to see some of them put back on the map.
Cheers Peter
Thursday, February 18, 2021 at 9:54:00 PM PST