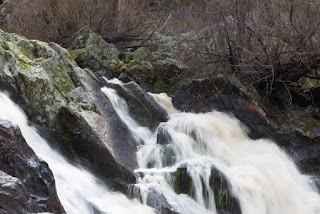 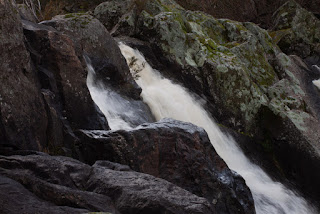 After a good rain, this is a spectacular human-sized waterfall over a long granite wall into a series of swimming holes connected by chutes and races. In dry times, the waterfall will sleep and the pools gradually dry. 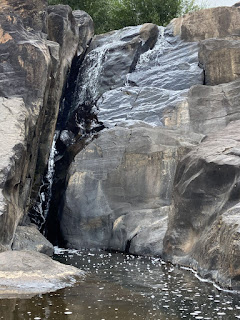 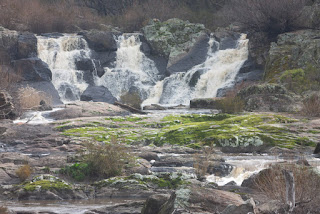 Midpoint between flood and drought, the plunge pools beneath the falls offers a pool to cool off in and rock walls to explore. As the pools rise and fall in Spring and Autumn, you may come upon a less common feature of western waterfalls - the pools may briefly become festooned in racing car stripes of green lichen and moss (formed as water level dips). 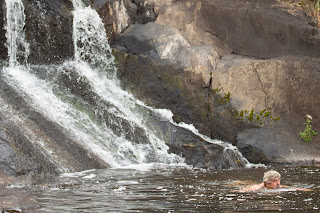 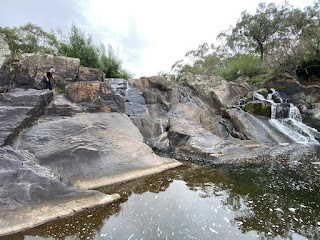 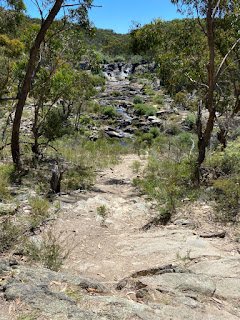 The bottom of the falls and a decent swimming hole can be accessed by a scramble alongside either side of the creek when the water levels are not too high. This area was intensively mined, and there are pits and other old mining works in the immediate vicinity of the falls - avoid any scrambles over clearly defined paths to avoid injury or disrupting the soil. Evidence of water diversion to aid in gold extraction can be seen in a number of places - as is large areas of rusty barbed wire from subsequent farming efforts. 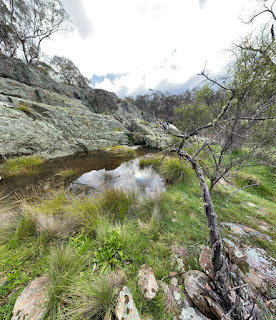 In spring, this is a place of a surprising number of wildflowers - fan flowers, lillies (including fringe lilies) and ever lasting daisies. Throughout the year, spend a little time watching changes to the gums near the falls, and the small spiders that weave webs around them. 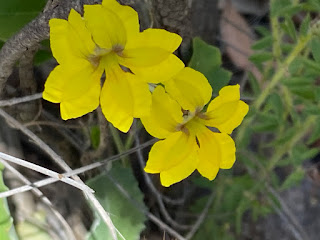 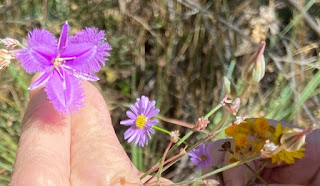 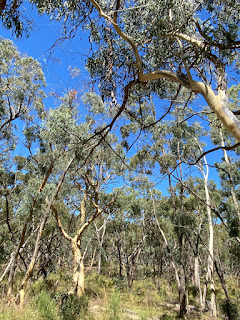 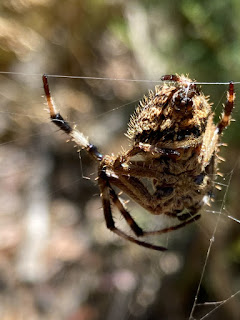 Note that the Summer Hill Creek Cascades (hidden below the Fourth Crossing Picnic Area, a bit further along Ophir Road) are often mistaken for The Falls.

My friend Jim Robertson has observed that, from the vantage of aerial maps, the creek is full of small waterholes. Lots of our waterways here are better described as pools joined by intermittent streams. In wet years (like now) the streams run fast - for the past few years they have merely trickled. As an old gold mining area, this place is full of pits, collapsed shafts and small channels used to wash the first traces of alluvial gold. It is hard to imagine what the area looked like before mining - but, despite the despoliation, it is still a lovely spot. 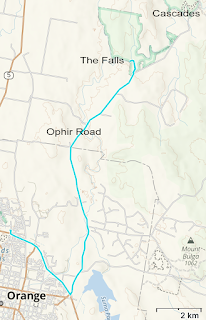 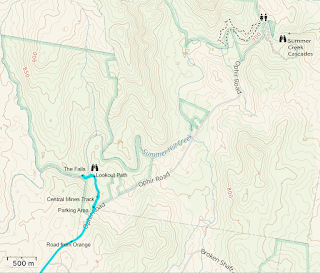