Heavy rain, a return of damp coastal breezes and large spans of open ground provide ideal circumstances for an explosion of wildflowers in the devastated forests. The second survey (early March 2020) found the first post-fire orchid, and observed thousands of plants sending up flower stalks. Scores of small plants were cataloged in the process of recovery, including peas and creepers, and there were a couple of familiar touches of color.

This tiny orchid is the first to flower near the Southern Tallaganda Wilderness, post fire. It was found as a single flower on a slender stalk, on fire-cleared ground. Large numbers of these were observed developing in patches of what at first glance appeared to be low thin grasses.
The orchid gets its name from the appearance of a preacher holding two arms up to the sky (this example looks a bit cranky and has lost one of the 'arms'), 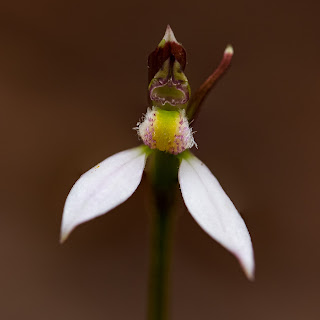 This was found flowering in isolated numbers along the edge of eroded fire trails. Brachyscome is a genus of Australian flowering herbs and bushes. Break O Day is commonly found in Australian gardens (an enduring frost tolerant herb) - here also displaying fire tolerant capacities.
The French botanist Cassini (great-great-grandson of the discoverer of Jupiter's Red Spot) first gave the genus the name Brachyscome (short-hair) but latter corrected it to Brachycome - a correction rejected by authorities. You only get one change when you name things. 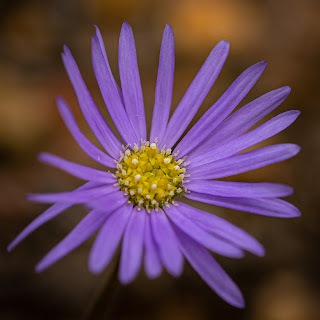 This was found flowering in small numbers on the edge of the fire ground. 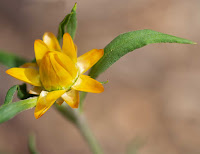 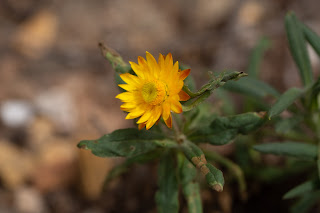 Deep in the fire ground, this was found in small numbers part way up the protected side of small waterfalls in the fire ravaged creek beds. The flower is the floral emblem for the Australian Capital Territory and, in good conditions, can grow quite large in big clusters. 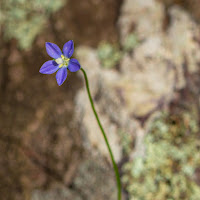 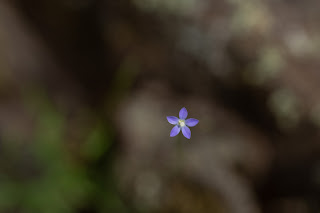 While not strictly a flower, a drop of manna gum amber... 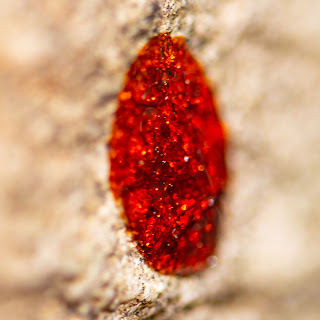