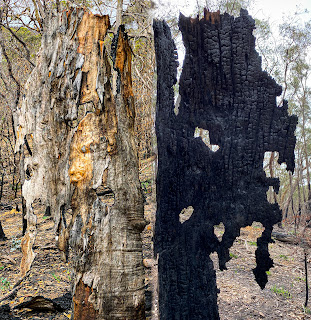 The composite image combines the outside and inside faces of the remaining outer skin of a large gum. That this memorial of the tree survived at all might be explained by the fire being slowed by a rapid fall in humidity late at night. 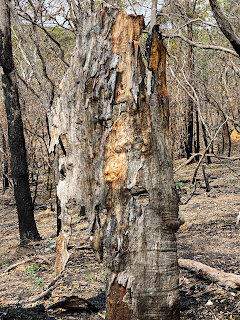 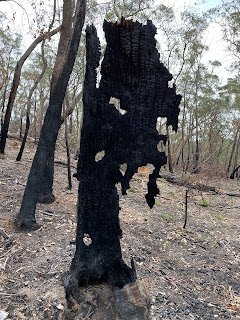 Nearby, the same process may have worked in relation to another snowgum while, side by side, a large tree is largely untouched. 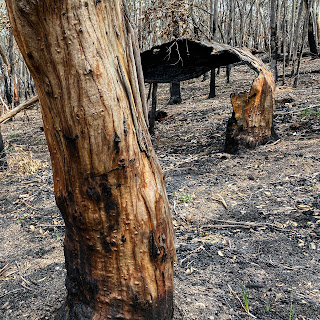 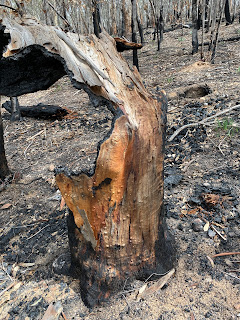 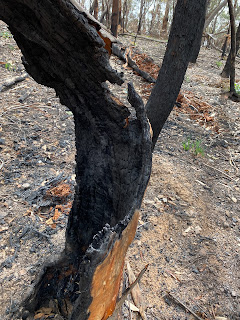 The pattern and size of charcoal formation can act as a guide to heat intensity. 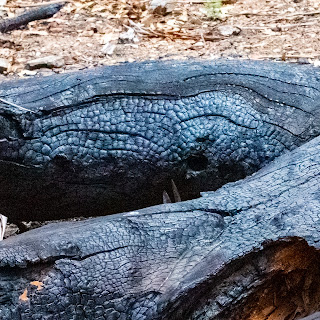 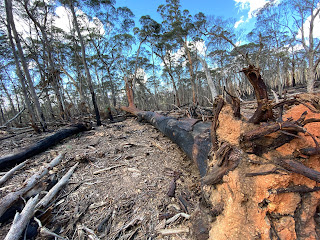 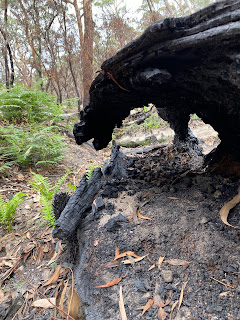 Note that the overhang in the above picture is being used as a den.

The fire has cleared creeks of bracken and blackberry, but in some cases trees have subsequently fallen or strange roots systems from past events revealed 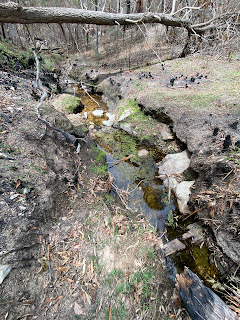 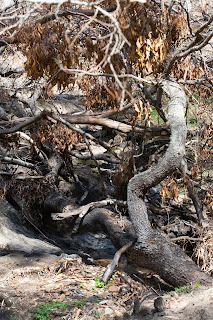 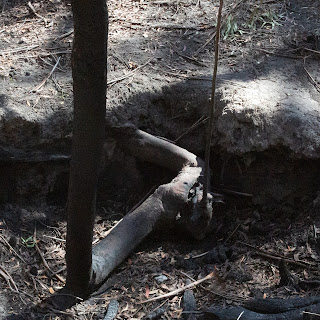 Finally, regrowth can take a reddish hue - an echo of the fire that was. 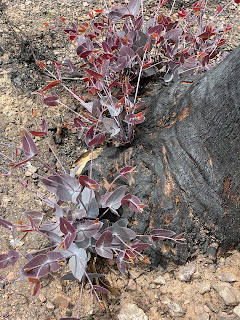 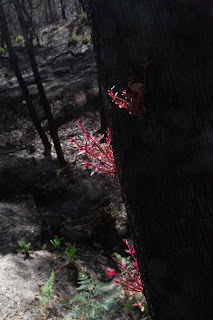