A surprise find near the burnt Tallaganda Wilderness is this Southern Boobook Owl, the smallest Australian owl and a member of the hawk-owl family (so named because they rise, when disturbed, like a hawk). 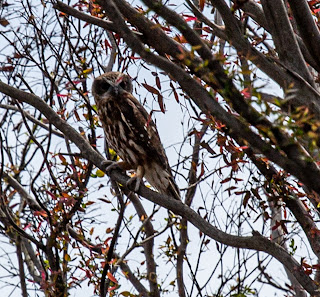 A week ago, i observed this rise from a native cherry and fly to cover in a nearby gum. At that time i assumed it was a brown hawk. Yesterday, it rose from the same nesting place, and this time i was able to photograph it, at extreme range. 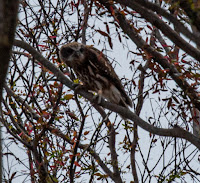 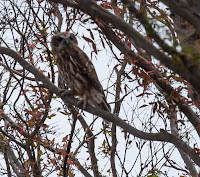 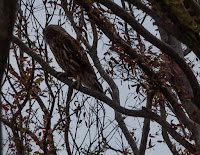 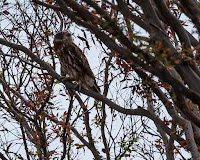 Under the nesting tree were feathers and scat. 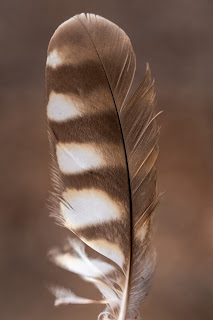 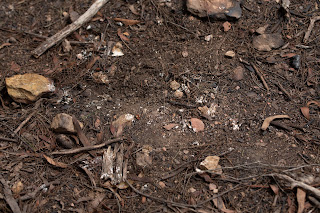 (Thanks to wild-life expert Kim for confirming identification here.)