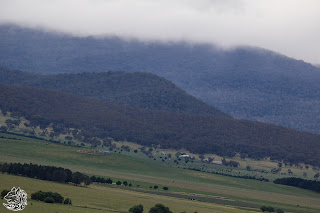 200 years ago this was a different place. Records of the first three cornstalks to arrive at this place describe a lightly treed range rich in pasture.

The three young men who rode on horseback from the white settlements near Sydney were guided across the plain by a first people girl, of their age. She taught them the names of the country. The three men sat together on the sands of the nearby river in the evening sun and ate crayfish she caught. From there, looking back towards the east, they saw these mountains. While the afternoon sea breeze cooled them, they did not see these mountains as we see them. And all around the plain were the drifts of small cool fires of the first people, used for aeons to sculpt the landscape.

15 years later all was different. Fire-stick agriculture had vanished from the ranges as small pox took a harsh toll. The giant trees closer to farms had already been harvested and a profusion of weeds was starting to infest the pastures. 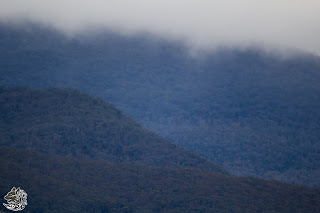 Into this country an estate owner sent the young convict William Westwood, to help slash the weeds, saplings and brush inexplicably spreading like a cancer across the rich farm land.

William was not an angel. He had long before chosen a different path. Friended by the first people, he was given the name Jackie Jackie (Jad jung, moon man - a reference to the pale colour of his skin and his night time excursions). Still, he was not without moral compass. He took exception to the treatment meted out to others (and himself), eventually running away. He became adept in bush craft and lived by taking by force what he could not collect. He became a bushranger.

Others can tell about his life: how he dressed himself as a gentleman before he robbed, how he did so in a gentle fashion if robbery under arms is ever such, how he was appalled at the acts of contemporaries, and how he died young leading a revolt against a cruel jailor in far away Norfolk Island.

Instead, I imagine him here, on the mountain he claimed, before the tall trees all disappeared and the bush retook the high land drying the old highland bogs and clothing the mountain in a modern garb. Here he entertains friends: the remote shepherds and those who made the annual trek to the valley of their ancestors along now hidden paths to the coast.

I imagine him there, near the summit of Mount Lawless, under a tree now claimed by a cockatoo. He is next to a small fire boiling a billy, bragging about how all has changed for the better now he is free.﻿