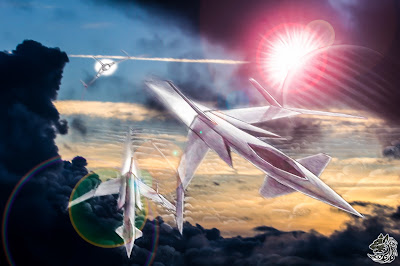 She has seen the grainy pictures the analysts had data mined from the future. Cityscapes changed beyond recognition. A world population that had almost doubled. There were new political boundaries that made no sense. Wars were taking place in places unheard. Unreal images of spaceships, robots, and monsters appeared without explanation. There was technology she did not understand. She thought, “This time, I have time to make him explain.”

Suddenly she saw stars. And then they started to move towards her.
Labels: Short Story