King Parrots over-winter on the Molonglo High Plains.  About this time of year they come asking for sunflower seed heads.  They are talkative, large (40cm - 17"), live for 20-30 yrs and mate for life.

Named after a vivid white scar across his chest - an encounter from years ago with a hawk - Scar heads a tribe of a couple of dozen king parrots that comes to my farm to nest. I spend a lot of time with him, walking with him leading the way or, on windy days, sitting on my shoulders. 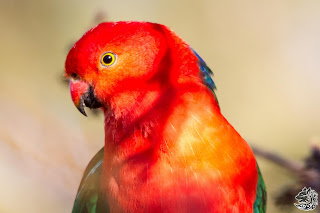 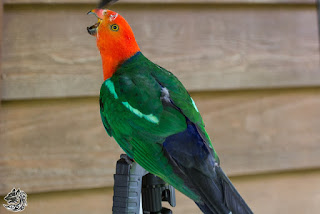 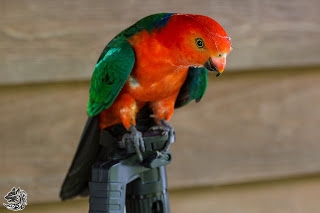 Each year I wait anxiously for him to return. When he finally lands on my shoulder, I feel a tear.

I do not see much of Scar's mate - she spends a lot of time away from the farm nesting deep in a hollow tree. 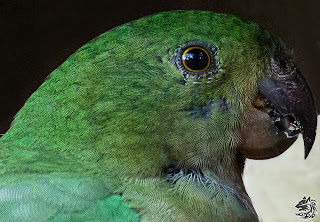 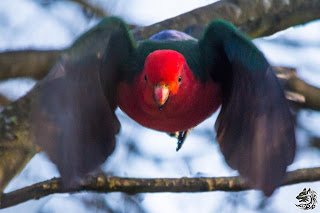 I heard them calling and some of the younger ones start exploring my farm. The leaders of tribe arrive over the next weeks, bringing younger stragglers on the long flight. 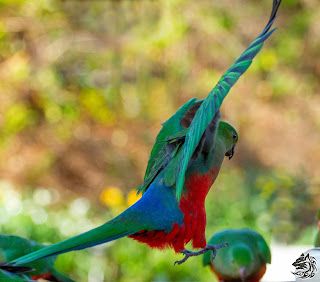 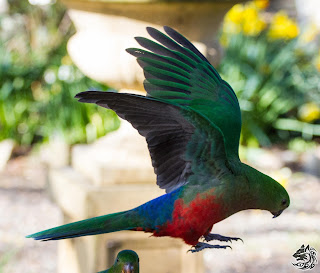 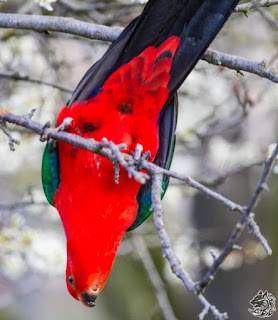 Then the tricky part begins: working out who is who from beak, eye and scarification. 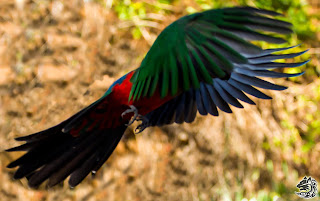 Scar tells the others where to go.  He posts a young pair to keep watch for currajongs. The female sits close to my study while the young male patrols, swooping in to her whenever something is afoot. Scar also parks juveniles with me, to keep them out of trouble (more likely, they have gotten in trouble back
home). 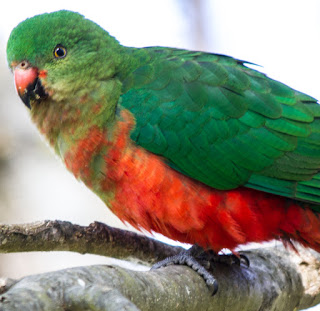 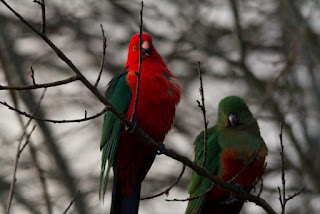 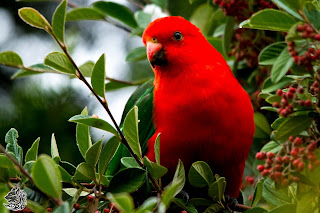 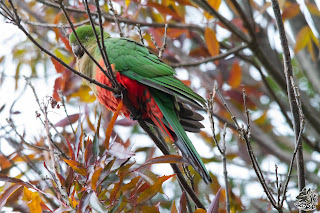 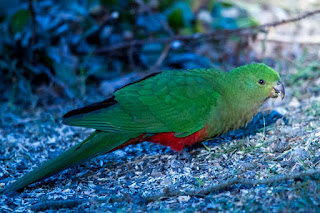 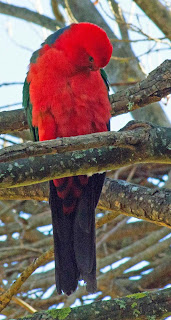 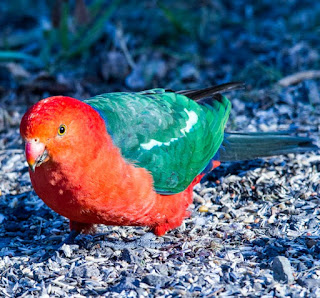 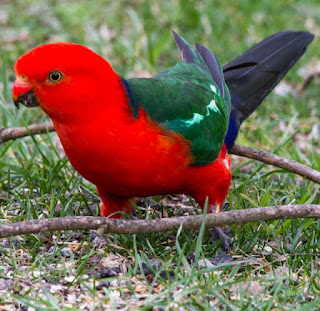 Comes time when the fledglings are told to go hang out in their own tree while the adults patch the nest and think through the pros and cons of having a second brood.  This little fellow has decided to try teaching me a couple of simple parrot words ("feed me"and "come out here right now") and has decided to camp near my study window.  I am going to play dumb - the meadows and trees are full of food. 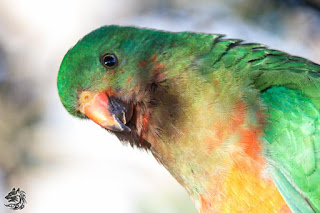 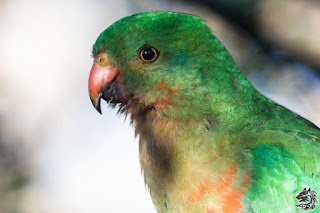 I did not get a say. But still, what could go wrong?﻿

It turned out to be a full on day with these two. They complained about me not giving them snacks, then decided to eat part of my farm house, before I took them for a walk. Then they found my almond trees and got high on those for a bit before i could get them down. Then they found the apricots. I wouldn't mind so much, but the young have a persistent "feed me, feed me" call - not like Scar who has a wonderful set of quiet assuring vocalisations (like, "I will be back for these shortly").

Babysitting is hard. ﻿ The young male is still getting his red chest. 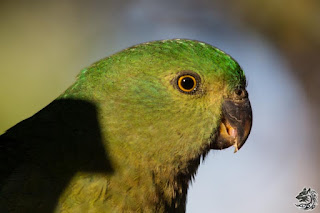 I am not sure if the second was a little girl or not - (her?) chest was a definite green, and she spent a lot of time practicing dance moves (they do a sort of head waving and lengthening/shortening with a short purring sound that is very endearing - until my almonds get eaten).﻿

Pickup time has come and gone. And they are still with me. I wonder if Scar has done a bolt.﻿

Anonymous said…
Sigh. Definitely one of my favorite posts on here already. It warmed my heart and made me smile. Thank you.
Monday, April 1, 2019 at 9:05:00 AM PDT