A 200m ribbon fall has painted a granite cliff-face. 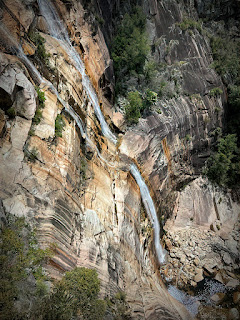 Following the path of the fall can be found flowering red banksias. 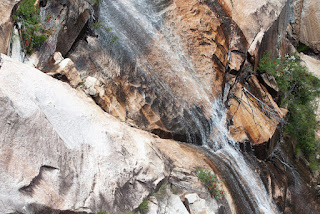 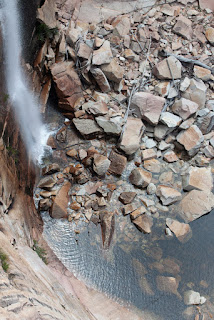 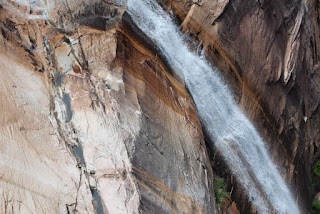 The track to the falls and the impressive viewing area has been fully restored - a superb job. 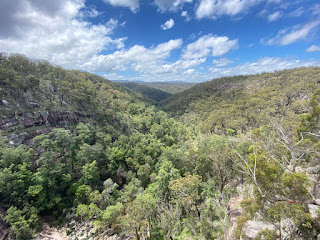 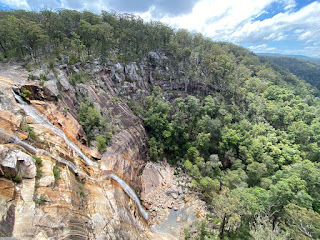 The falls dream save after a heavy fall of rain. Do not risk the road after a heavy deluge - be prepared to marvel at this painted fall with little or no water. The water paintings give an idea of what volume must fall.

Two years after devastating fires, this wilderness area has reopening - although, because it was used for bombing practice, much of the off-track areas to the north & west remain off-limits. An earlier post touching on the falls can be found here.

Damage has touched every part of this place - although some areas are recovering. One of the most sensitive areas nearby, rocky outcrops covered in Striped Rock Orchids might exemplify the challenges ahead. 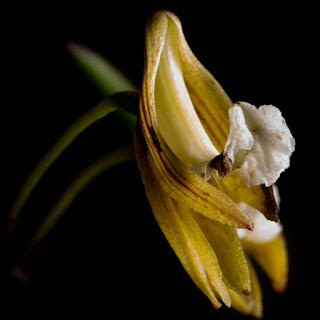 In some exposed areas - perhaps 30% of the habitat has been severely impacted. Elsewhere, recovery is well under way. 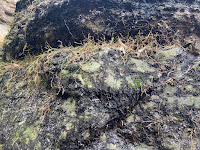 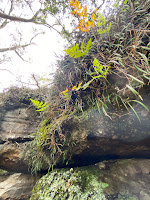 Elder Gidgee, who is long gone to the stars, once explained that Wandandian means the ‘home of the lost lovers’.

He told how once the land had once been devastated and had to be repopulated by people from the moon.

Two young lovers hunting became lost. They settled here and developed into a powerful clan – so powerful that the first people were able to build a canal to the sea which, in turn, created a large low lying inlet. The inlet is home to a multitude of birds and fish.

The reference to the destruction of the land and its depopulation is a common theme in dream and myth stories. Along the coast here there are signs of  periodic tsunami – one which can be dated by written record to early colonial times (flooding the Sydney basin) and a more (highly speculative) powerful one in the 15th Century (credited by some with the destruction of Zheng He’s Imperial Chinese fleet off the coast of New Zealand).

But, now I are lost in time passages, far from these falls painted by time.