Briefing for a descent

The South African writer Doris Lessing once wrote a confronting novel “A Briefing for a descent into Hell”. The story is about Charles Watkins, a professor at Cambridge University.  Charles has lost his memory, and the doctors and nurses are not helping him to find his memory. Instead, they are try to cure him.  When finally he does recover his memory, the doctors conclude he is mad and give him electric shock treatment.

A decade ago I lost a little of my hearing while fighting fires above Canberra. A doctor tried to find the lost hearing, but eventually gave up and moved on to more interesting heads.  But he did leave me the photos, helpfully saying that they might come in handy if I developed a brain tumor down the track. Then he smiled and spent a little while explaining why that was unlikely.Individually, i found the photos bewildering, full of strange structures and patterns (including one bit that looks like a coffee stain left by the doctor). One afternoon a couple of years back, as it was storming, I used the photos to create an animation of the journey from the top of the skull downwards. It is even less understandable than the individual frames. Today, it is commonplace to present such images as short videos, but at the time, less so. Like Charles Watkins, at the start of Lessing's book, I had no understanding of what I saw. I was lost in currents with readings I could not fathom. And I didn’t think seeing a doctor would help. 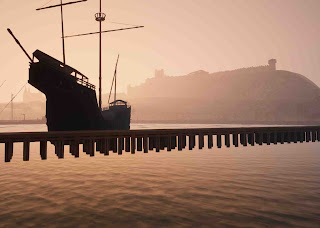 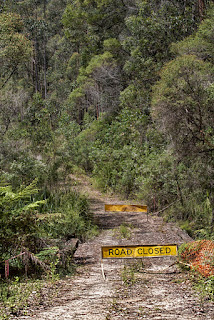